Adidas have used their ForMotion and Climacool technologies in the making of this Argentina rugby world cup jersey 2011. The home jersey, as you might expect, contains the two colours of light blue and white. The Adidas logo comes into the centre of the jersey, with the Rugby World Cup 2011 logo on the right and the Argentine Rugby Association’s crest (UAR) on the left.

Here is a photo of the Argentina RWC 2011 shirt. 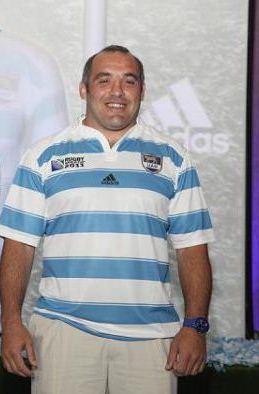