This black England away strip for RWC 2011 was released under the tagline “New Blood, New Skin” by Nike on August 1st, 2011. Nike reportedly wanted to be 100% different from England’s home Rugby World Cup kit 2011.

The black England Rugby World Cup Jersey 2011 had caused great furore prior to its official release in England, with many people criticising Nike’s idea of creating a black England change strip that would be accused of imitating New Zealand’s All Blacks, who have long been associated with the colour. 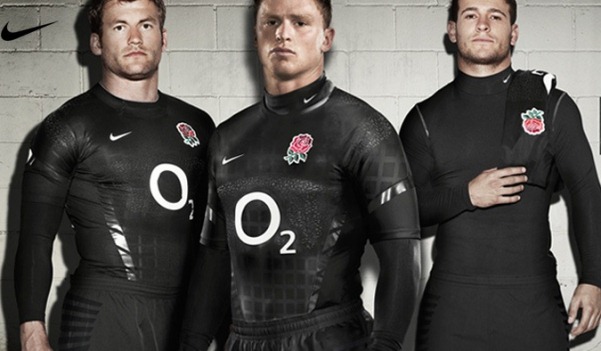