This is the new Japan Rugby World Cup Shirt 2011, Japan’s away/alternate/change rugby kit for RWC 2011 in New Zealand. This Japan away rugby kit will be worn along with the Japan home rugby World Cup jersey by the Asian side in the World Cup. The Japanese RWC 2011 away shirt has been made by Canterbury.

This Japan away RWC Shirt uses the same design that Canterbury have employed for many of the teams donning their strips at the World Cup. It features the Rugby World Cup 2011 logo, Japan Rugby Union badge and the Canterbury logo. The Japan away kit also has a small Japanese flag on the sleeve. 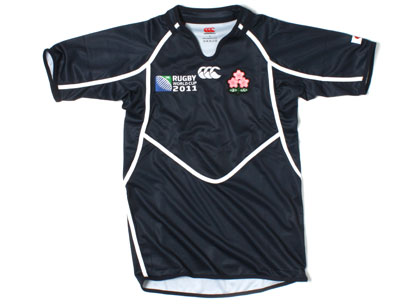 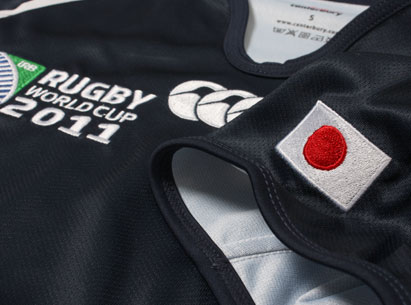