The green and black rugby top is Connacht’s new 2012/13 home shirt, while the other kit will serve as the club’s new alternate strip. Mazda are the principal sponsors of Connacht Rugby’s new 2012/2013 season kits.

The new strips will be worn by the likes of Scottish fly half Dan Parks and Stormers winger Danie Poolman, who will be new recruits in the 12/13 season.

Munster and Ulster have also released their new 12/13 kits which can be seen in our Pro12 shirts category. 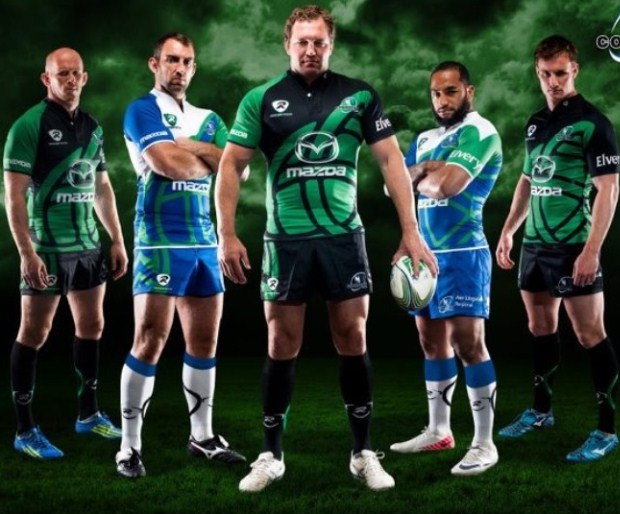