These are the new England rugby shirts 2012/2013, England’s new home and away kits for the 2012 autumn internationals and 2013 Six Nations made by new kit partners Canterbury. Canterbury recently inked a deal to replace Nike as the RFU’s new kit partners and these new English rugby union tops were officially unveiled at Drysbook RFC in Gloucestershire on 19 September, 2012

England’s new home rugby kit 2012/13 sees a return to blue socks ( modelled by Chris Robshaw and Dylan Hartley below). The away strip is “regal purple” in colour ( first from left), but with the 02 sponsorship, looks suspiciously similar to the football strip worn by Arsenal FC during the 2005/06 season. 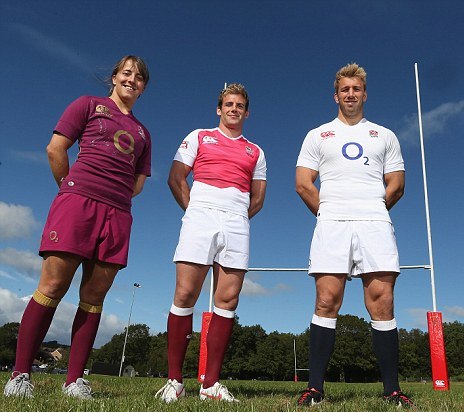 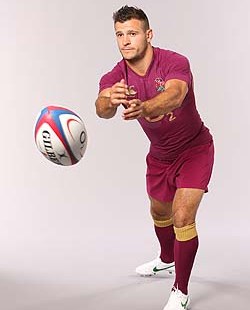