Ireland have unveiled a new alternate rugby strip that will be first worn when they take on two time World champions South Africa on November 10, 2012 in the first of their 2012 Autumn tests. The new Irish away 2012/2013 rugby jersey was officially unveiled on November 1, 2012 by the IRFU. The black and green top has been made by Puma and will be the first non-white top to be worn by Ireland’s players in a competitive rugby fixture.

Because the Boks and Ireland both wear green, one side normally wears an alternate kit when the two teams clash.

02 are again the sponsors of this Ireland away rugby shirt, which is predominantly black with hints of green on the collar and the sides. 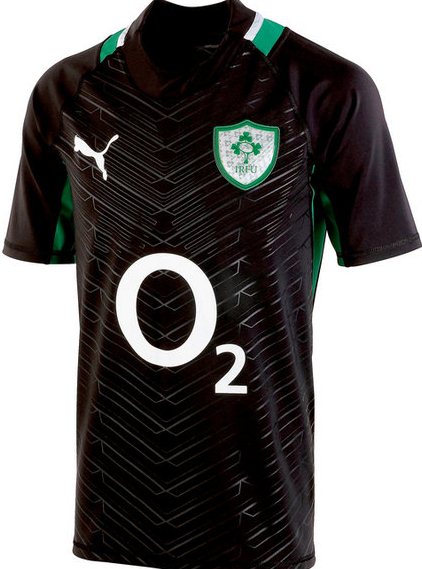 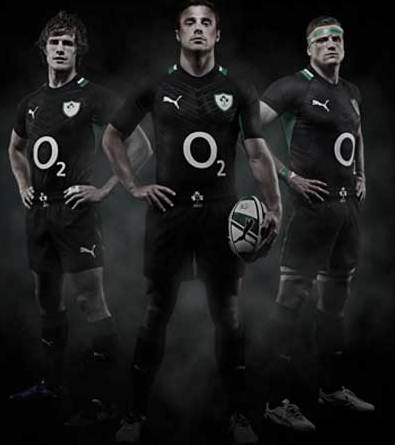