This is Kaizer Chiefs’ new rugby jersey for the 2012 NBM 7’s Premier League in George, South Africa. The Chiefs, well known as a soccer club in South Africa, applied for a rugby licence and will participate in the George 7’s with players like ex Springbok wingers Breyton Paulse, Jongi Nokwe and Friedrich Lombard as well as some exciting youngsters like Daniel Adongo and Wandile Mjekevu. The Chiefs 7’s rugby shirt is similar to their soccer jersey and was unveiled by coach Bobo and owner Jessica Motaung. 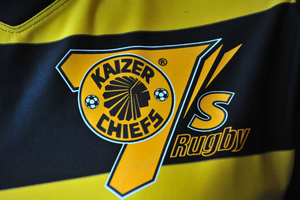 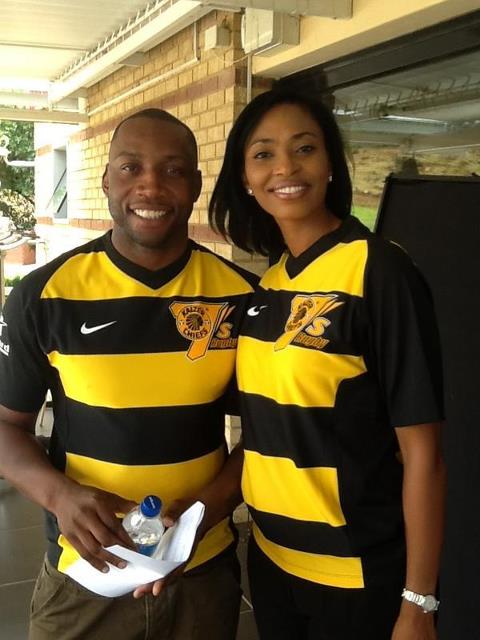