This is the new DHL Stormers rugby jersey, South African outfit Stormers’ new home kit for the 2013 Super Rugby season. The Stormers, who represent Western Province in the South African conference, were overall conference toppers ahead of the Chiefs but lost their semifinal to the Sharks. The new Stormers rugby shirt 2013 has been made by Adidas and was officially unveiled on December 14, 2012 by Adidas ZA.

The 2013 Stormers Super Rugby jersey sticks to the traditional blue and white hoops of the club and is sponsored by DHL. The likes of Bryan Habana, Gio Aplon and Deon Fourie are here seen modelling the new WP Super 15 top. 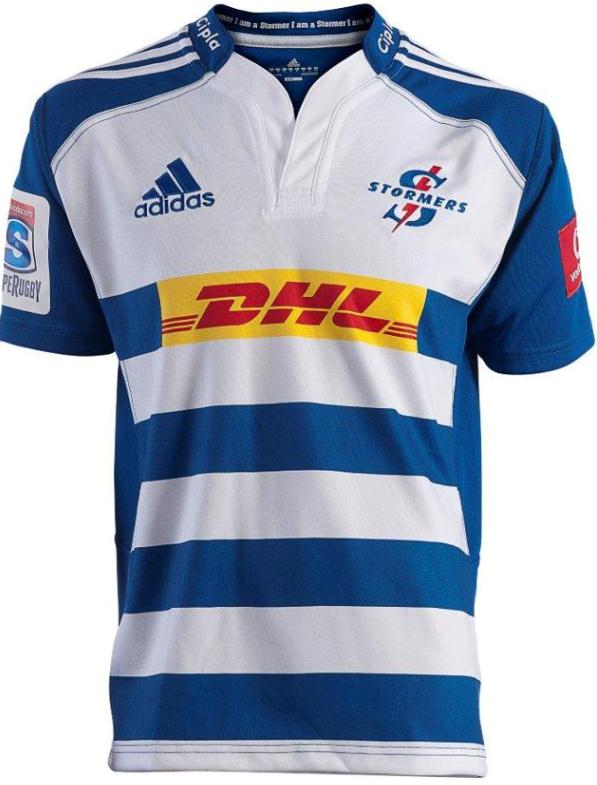