Stobart Super League club Widnes Vikings have unveiled not one, but two home kits for the forthcoming 2013 season. The new Widnes RL jerseys have been made by O’Neills Sportswear and were officially unveiled on December 6, 2012. Fans had a vote, with the white design winning by just three percent over the black one, leading to the club to make an application for dual home kits for the 2013 Super League XVIII season season.

The white and black kits will be worn on an equal number of occasions by Widnes during the 2013 season, 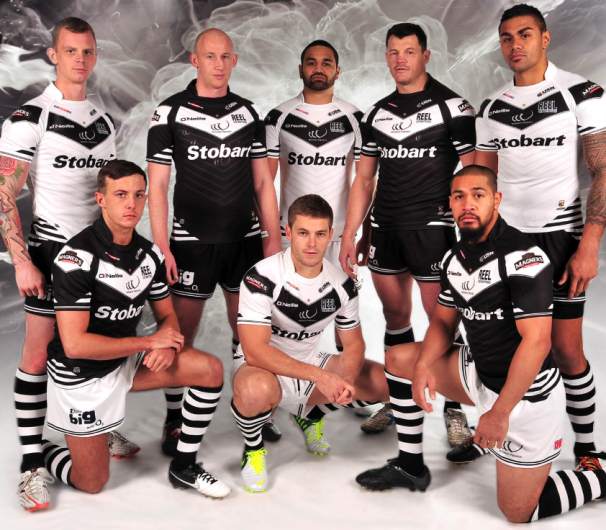