This is the new South Africa away rugby jersey 2013/2014 which will serve as the Springboks’ new change strip during the 2013/14 season. This change Bok strip was unveiled along with the new 13/14 home kit in the second week of April 2013.

This Springbok away jersey 2013/2014 is primarily white in colour, as has been the case with Bok change strips in the past, and also features a hint of lime green on the sleeves.

ABSA are the sponsors of this alternate South African rugby shirt, as can be seen in the pic below. 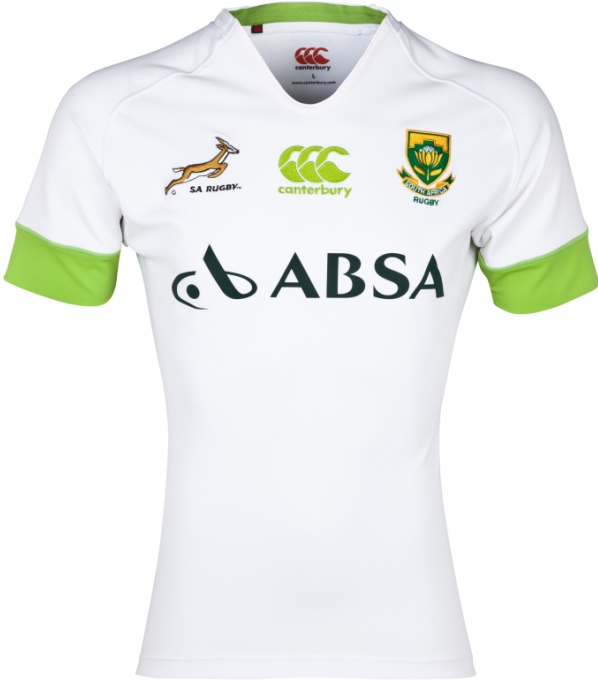