This is the new Toulon home kit 13/14, newly crowned Heineken Cup champions Toulon’s new home shirt for the forthcoming Top 14 season. The new RCT home jersey for 2013/14 has been made by Burrda Sport and was officially unveiled on July 25, 2013 by the club.

Toulon won the H-Cup last season and very nearly made it a league and Cup double before falling to Castres in the finals of Top 14. Already possessing the likes of Bakkies Botha, Joe van Niekerk, Jonny Wilkinson and Matt Giteau, they have further strengthened their side this season with the acquisition of more superstars like Ali Williams ( Auckland Blues) and Bryan Habana ( Stormers). Habana and Williams are here seen modelling the new RCT rugby strip 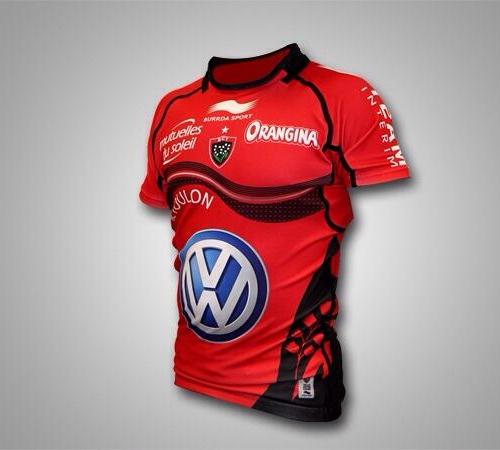