This is the new Argentina rugby shirt 2013/2014, the Argentine national rugby team’s new home shirt for their upcoming Rugby Championship campaign and other internationals. The new Los Pumas rugby kit has been made by Nike and was officially unveiled on August 7, 2013.

The Pumas debuted in the Rugby Championship last year (2012). They drew with South Africa at home and came up with more than credible performances away in Australia and New Zealand. With players like Fernandez Lobbe and Juan Martin Hernandez in their ranks, they will be aiming for a maiden win this year.

VISA are the principal sponsors of Argentina’s new 2013 Rugby Championship kit, as can be seen in the pics below. 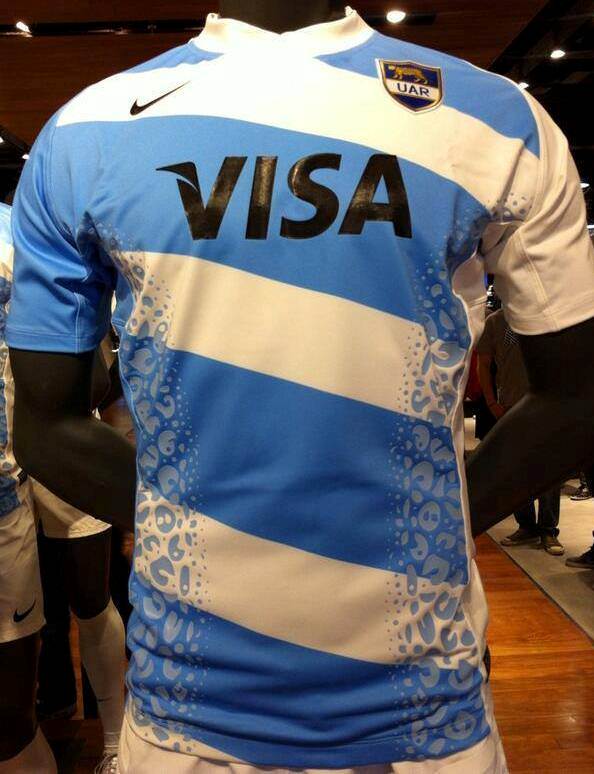 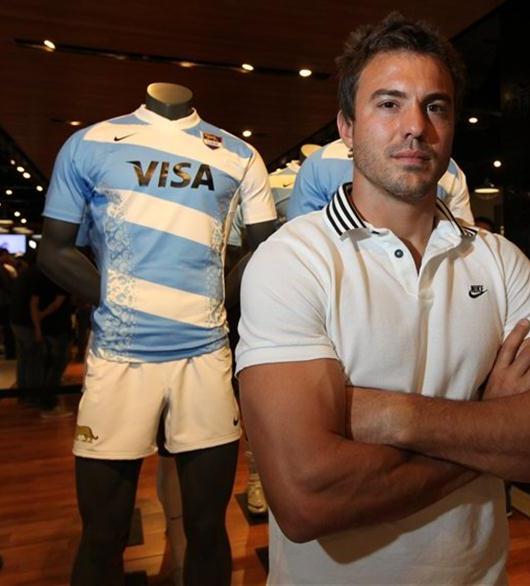