These are the new Bath rugby kits 2013/2014, Bath rugby’s new home and away shirts for the forthcoming 2013/14 season. Bath, who were with Puma last season, have decided to use Tri Distribution as their kit supplier for the forthcoming 13/14 AVIVA Premiership season and the kit was officially unveiled on August 1, 2013.

Bath’s new 2013-2014 home kit sees a return to the club’s traditional black, white and blue hoops, as the pics below will tell you. Winger Tom Biggs had the kit painted onto his torso during the reveal

Novia are the sponsors of the new Bath rugby strips for 13/14.

The new Bath away shirt for 13/14 is the last one in the set of pics below. 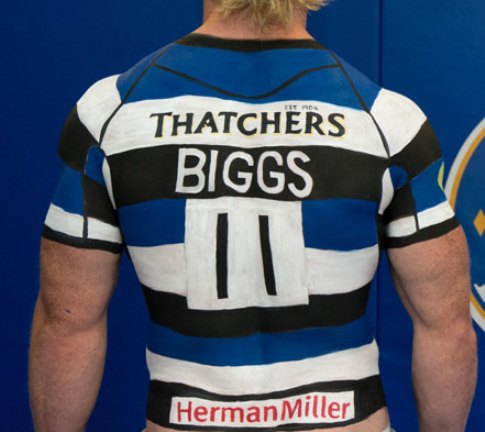 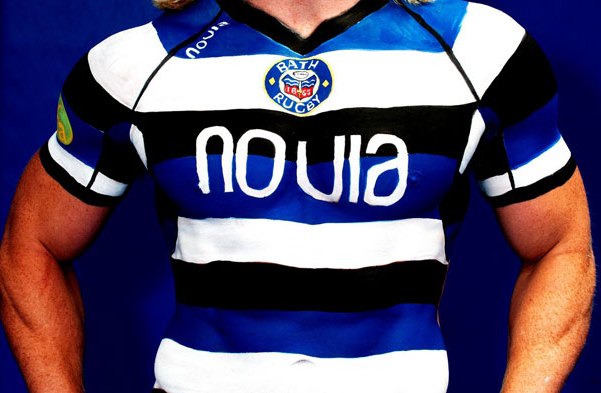