This is the new Ospreys jersey 13/14, Ospreys Rugby’s new home shirt for the forthcoming Pro 12 season. The new Ospreys 2013/14 rugby kit has been made by KooGa and was officially unveiled on August 2, 2013 by the Welsh club.

The shirt sees the return of the Celtic shield on the jersey and has RWE Npower Renewables as its sponsor for a ninth straight season. Ospreys were the defending champions for the 2012/13 Pro 12 season, but they finished fifth and missed out on a spot in the playoffs.

You can see the words “77 clubs, one region” on the inside of the collar. The numbers 77 and 1 are also on the left bottom of the new Ospreys top, as can be seen below in the pics. 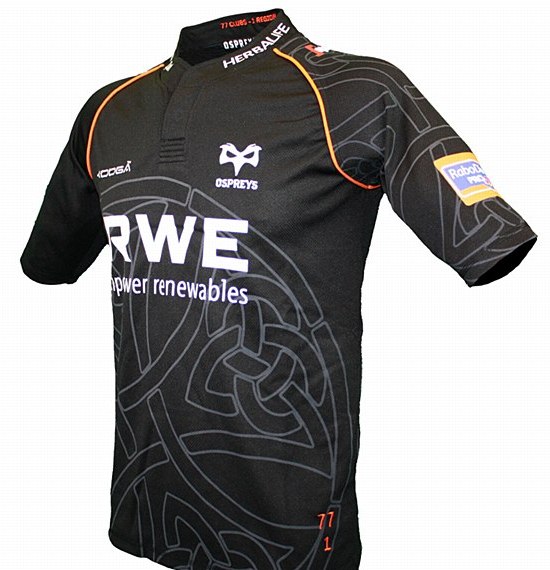