This is the new Zebre home shirt 2013/14, Zebre Rugby’s new home jersey for the 2013/2014 season. The new Zebre rugby kit has been made by British company ZAR-X Sports and was officially unveiled on August 27, 2013 by the club.

The new Zebre home strip consists of a white shirt with “zebra” stripes, paired with black shorts and white socks. You can also see the colours of the Italian flag on the jersey, as the pics below will tell you.

An interesting addition to Zebre’s ranks for the 13/14 season is that of All Blacks and Chiefs scrum half Brendon Leonard, who was part of the Waikato outfit’s successful Super Rugby campaign this year.

Zebre finished last in the 2012/13 Pro 12 season. They were the only team not to win a single game in last season’s tournament 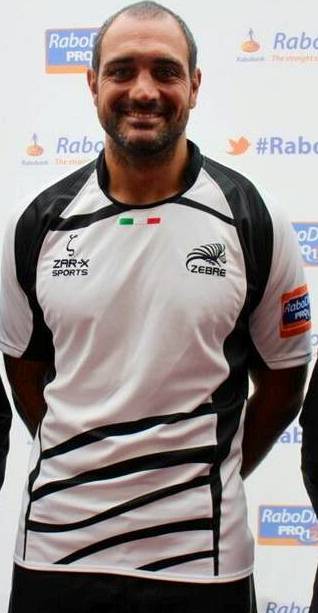