This is the new Reds rugby kit 2014, the new kit for the Queensland Reds team for the 2014 Super 15 campaign. The Reds finished second in the Australian conference last year but lost their playoff tie to the Crusaders in Christchurch.

The new Reds 2014 jersey has been made by BLK ( change from KooGa) and is now available to buy in major stores.

Notable changes include the absence of the white box in which the St.George logo (sponsors) was placed, amongst others. There is also a hint of blue in the jersey ( the Reds originally wore blue shorts when Super 12 was formed) 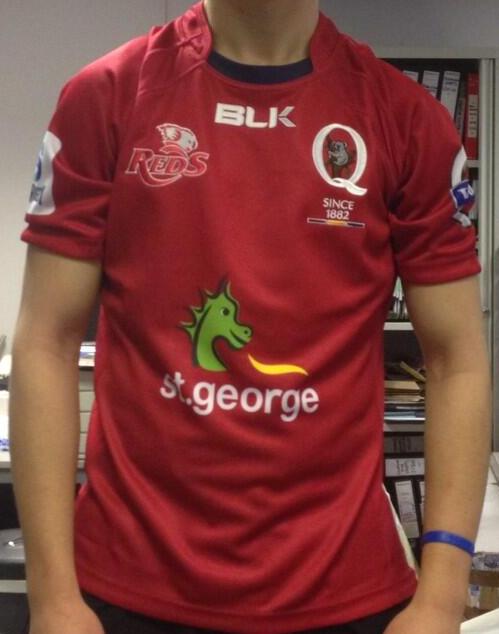