The Knights won 2013/14 Division One, thus earning promotion to the 2014/15 RFU Championship. Their change shirt is white in colour, with the traditional blue and red stripes across the chest and sleeves and the Knights iconic helmet logo through the body of shirt. 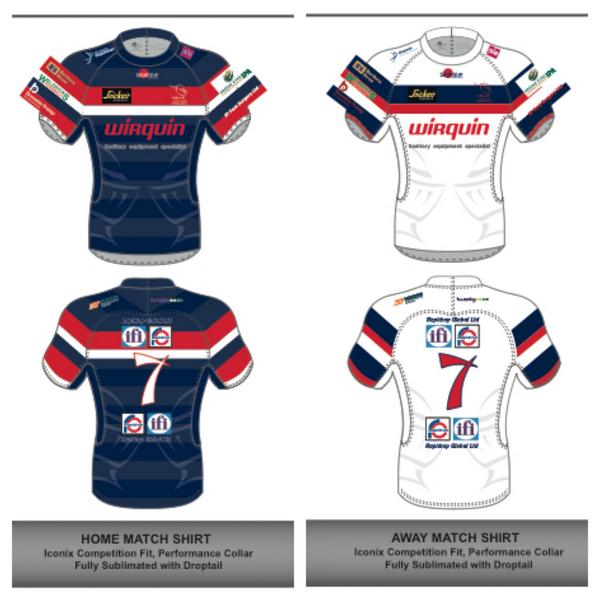 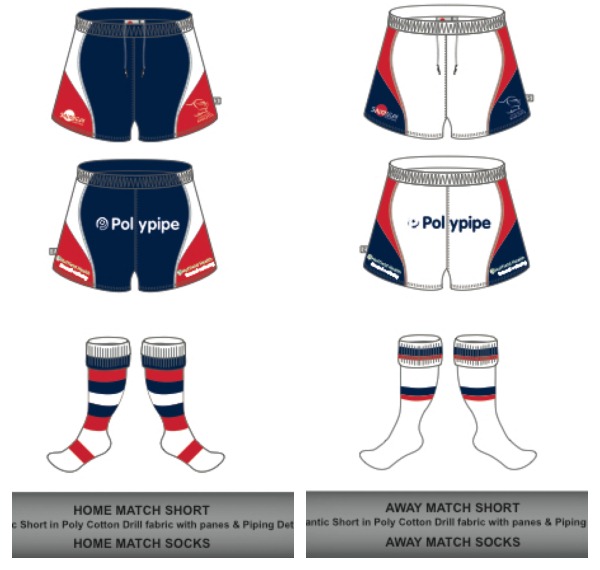