This is the new London Broncos kit 2015, RFL Championship side London Broncos RL’s new home strip for the upcoming season. Made by Jako, the new kit was officially unveiled on 11th December in the shadow of Tower Bridge in the heart of London

The shirt, featuring a white chevron on a black base with hints of red, celebrates 35 years of the club’s existence. The shirt takes its design and colours directly from the original Fulham RL shirt. The club was known as Fulham Rugby League from 1980-1991 and took the names London Crusaders (1991-1994), London Broncos (1994-2005), Harlequins RL (2006-2011) before opting for a return to the London Broncos name in 2012.

New co-captain Richard Mathers is here seen modelling the kit with his teammates. 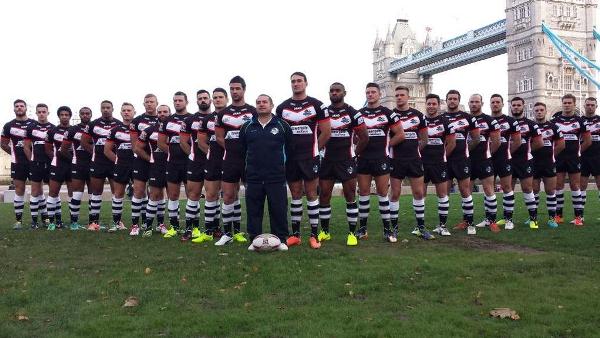 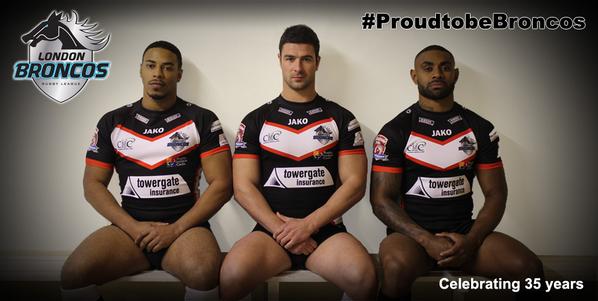