This is the new South Africa RWC shirt 2015, the Springboks’ new uniform for the upcoming Rugby World Cup in England. The new Boks RWC jersey has been made by ASICS and was officially unveiled on 4 June, 2015 in Cape Town.

The Boks are two time RWC champions, winning the tournament in 1995 and 2007, and lost in the quarterfinals of the last edition to Australia.

The new South Africa RWC 2015 top is predominantly green, with gold trim. It is paired with white shorts and green socks. The likes of Jean de Villiers, Bismarck du Plessis and co. are here seen modelling the new Bok jersey.

The Springbok logo is on the sleeve of the jersey. 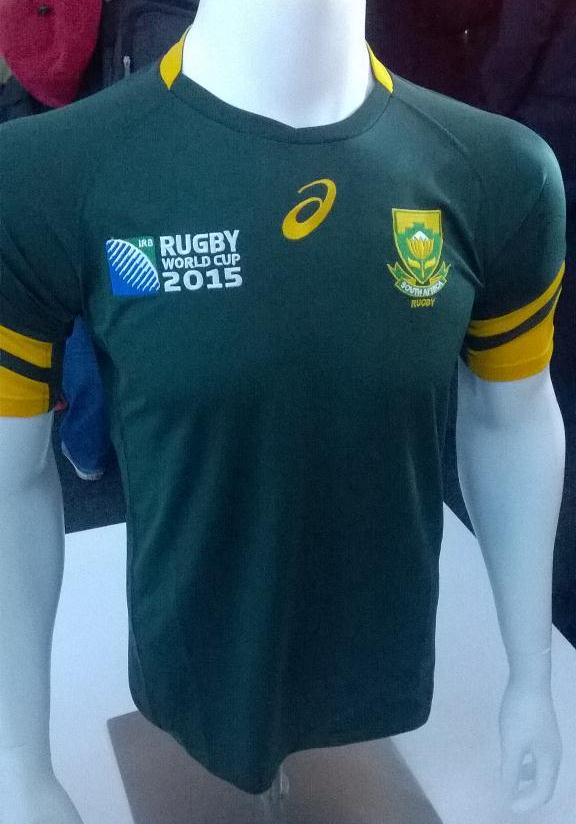