Here are the new Cheetahs and Southern Kings’ shirts for their inaugural Pro14 seasons, as revealed in today’s launch in Dublin. Both kits have been made by Canterbury. Prima facie, they appear to be pretty much the same ones that they were worn when both teams played in Super Rugby.

The Cheetahs and the EP Kings were axed from Super Rugby as part of a restructuring exercise to reduce the 18 team competition to a 15 one, and the two clubs have moved north to join the Pro12.

Niell Jordaan and CJ Velleman represented their clubs at the launch. 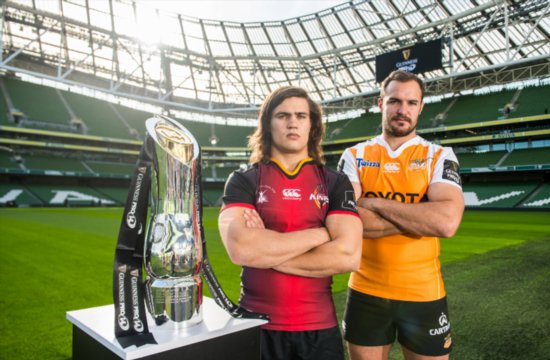