Following on the heels of their new release for the French national rugby union team, Le Coq Sportif have unveiled their new home kit for Racing 92 (formerly known as Racing Metro). The new home rugby strip was released on 11 July, 2018.

Racing finished 2nd in the regular 2017/18 Top14 season but were upset by Castres in the semifinals.

It appears that the club crest is at the bottom, with plenty of sponsors on the front of the jersey 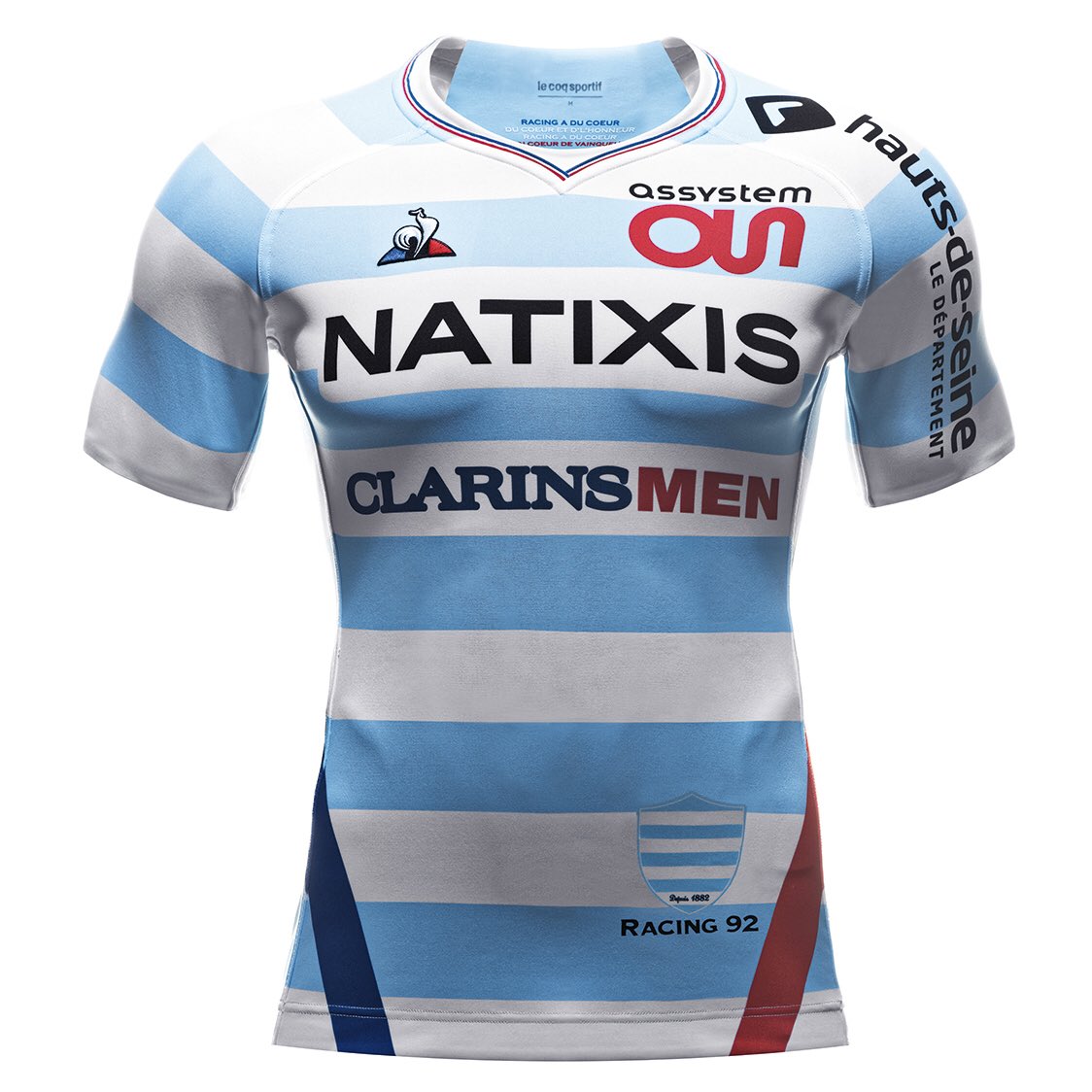 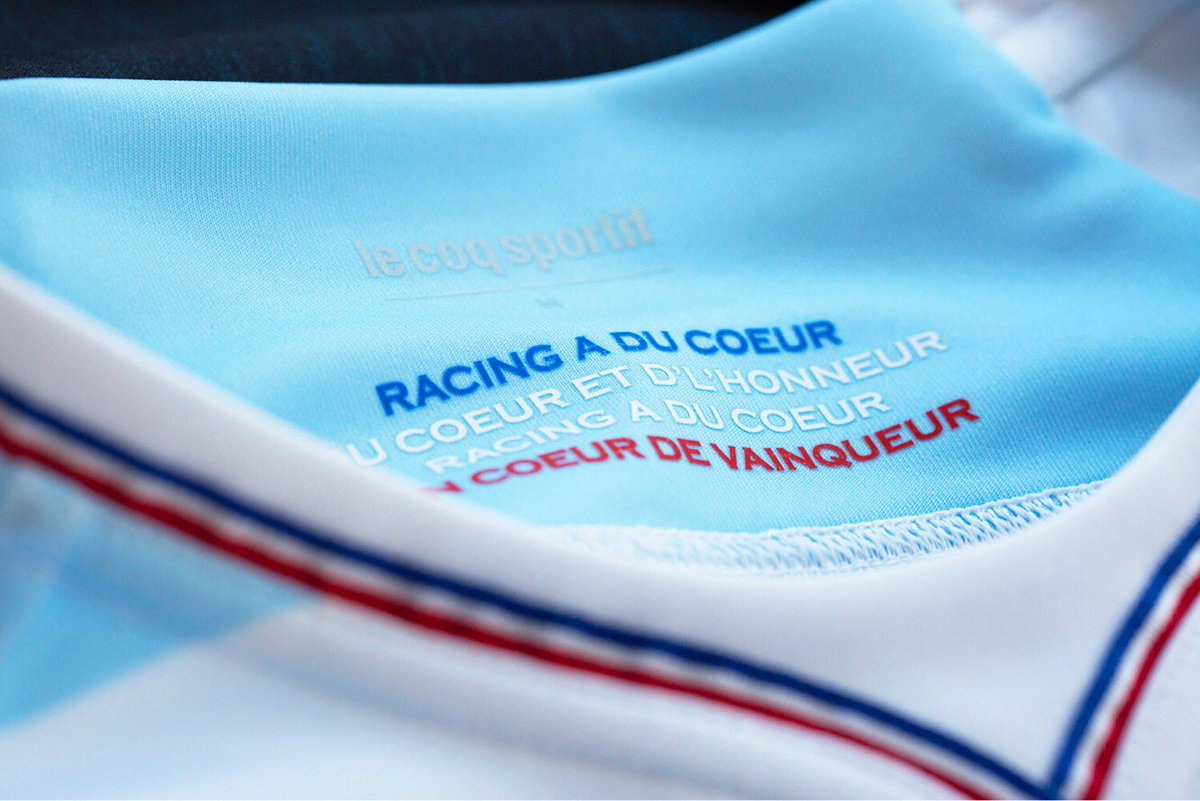