These are the new Leicester Tigers kits 2020/21, Tigers rugby’s new home and alternate strips for the 20/21 AVIVA Premiership season. The new jerseys are the first to be made by Samurai Sports after they signed a deal to replace Kukri as Tigers’ technical kit partners, and also feature a new primary shirt sponsor in the form of Topps Tiles, who have come on board in a two year deal to replace Holland and Barrett.

Tigers had a woeful 2019/20 campaign, and were second from bottom when the league was curtailed due to the Covid-19 pandemic. END_OF_DOCUMENT_TOKEN_TO_BE_REPLACED

Premiership Rugby side Sale Sharks have today (March 17, 2020) officially announced a three year contract extension with kit partners Samurai Sports that will see the latter provide shirts and uniforms to the club till the end of the 2022/23 season.

At the time of writing, Sale are second in the Premiership Rugby table for 2019/20 behind Exeter.

The extension of the Sale Sharks kit deal is excellent news for Samurai, who also added Leicester Tigers to their list of clubs last month.

English Premiership club Leicester Tigers have inked a new deal with Samurai Sports that will see the latter replace Kukri Sports as the club’s official kit partners. Kukri originally came on board as Tigers’ uniform partners at the beginning of the 2017/18 season on a two year deal, which was later extended by a year till the end of the 19/20 season.

Samurai already outfit both Exeter Chiefs and Sale Sharks- teams that are currently 1 and 2 in the Premiership Rugby table at the time of writing. 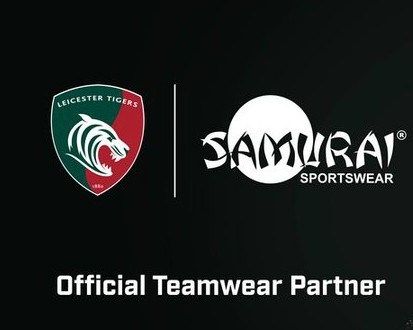 Here is the new Exeter Chiefs European shirt 2016/2017, a third jersey made for AVIVA Premiership side Exeter Chiefs by kit partners Samurai Sports. The strip, featuring blue and pink colours inspired by the Northern Lights, made its debut at the recent Singha 7’s and will also be available to use in the European Champions Cup and Anglo-Welsh Cup END_OF_DOCUMENT_TOKEN_TO_BE_REPLACED