French Top 14 outfit Stade Toulousain have announced that they will wear a special edition jersey for this weekend’s Champions Cup clash against Leinster in Dublin. The shirt features the Notre Dame, the iconic French building that was damaged by fire earlier this week. The jerseys will be auctioned off after the game and all proceeds will go towards rebuilding the cathedral.

Toulouse upset Racing in the quarterfinals of the ERCC. The winner of Toulouse’s clash with Leinster will face either Saracens or Munster in the final. 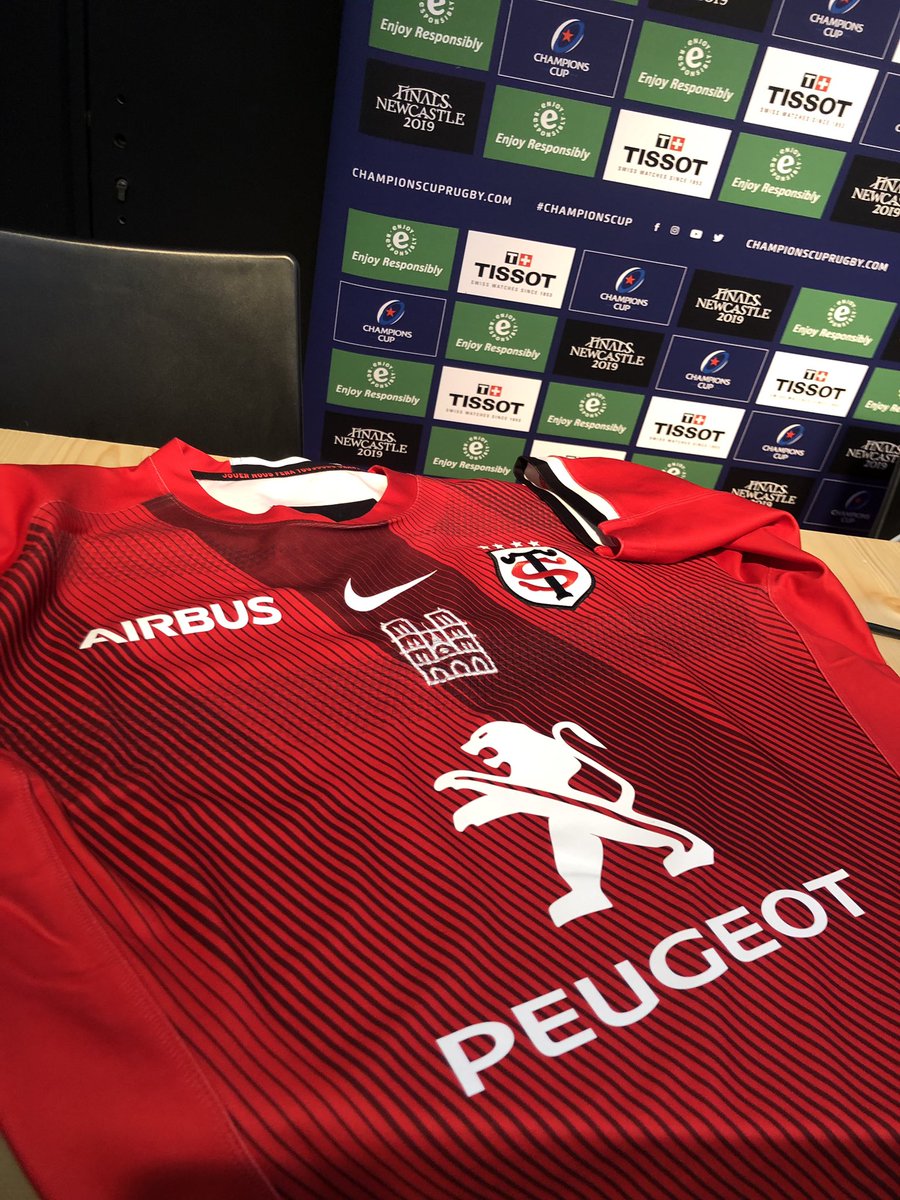 Following on the heels of their new release for the French national rugby union team, Le Coq Sportif have unveiled their new home kit for Racing 92 (formerly known as Racing Metro). The new home rugby strip was released on 11 July, 2018.

Racing finished 2nd in the regular 2017/18 Top14 season but were upset by Castres in the semifinals.

It appears that the club crest is at the bottom, with plenty of sponsors on the front of the jersey END_OF_DOCUMENT_TOKEN_TO_BE_REPLACED

French Top 14 side Union Bordeaux Begles today (June 7, 2018) unveiled a new principal sponsor in the form of Arkea, who have inked a five year deal to appear on the front of UBB’s new shirts.

One of UBB’s new 2018/19 kits was also revealed on this occasion. UBB will be outfitted by Canterbury this season, with the latter replacing Kappa.

The new Toulon kit has been made by Hungaria Sport but the club have not officially said whether this black and red jersey will serve as the club’s new home shirt (widely speculated to be), or an away kit. END_OF_DOCUMENT_TOKEN_TO_BE_REPLACED

These are the new Stade Francais shirts 2018/19, SF Paris’ new home, away and third kits for the upcoming top 14 season. Made by Asics, the new Stade rugby shirts were officially revealed to the public on May 16, 2018.

Stade had a very poor 2017/18 season, finishing a lowly 12th in the 14 team competition. Sergio Parisse and his teammates are here seen modelling the new SF Paris 18/19 uniforms END_OF_DOCUMENT_TOKEN_TO_BE_REPLACED