This is the new Germany rugby kit 2017, German rugby’s new home shirt for the 2017 season. Made by sportswear giants Adidas, who have taken over from BLK (Germany wore BLK in their famous win over Romania last month), the new Germany rugby jersey debuted over the weekend (March 4, 2017) in the side’s 34-29 win over Belgium in Offenbach. Capri Sun, the brand owned by Heidelberg born German billionaire Hans Peter Wild, who has been a great supporter of the national rugby union side, remain sponsors

With this Adidas sponsorship, Germany joins the likes of France and world champions New Zealand in the list of national XV teams to be outfitted by the sportswear giant. 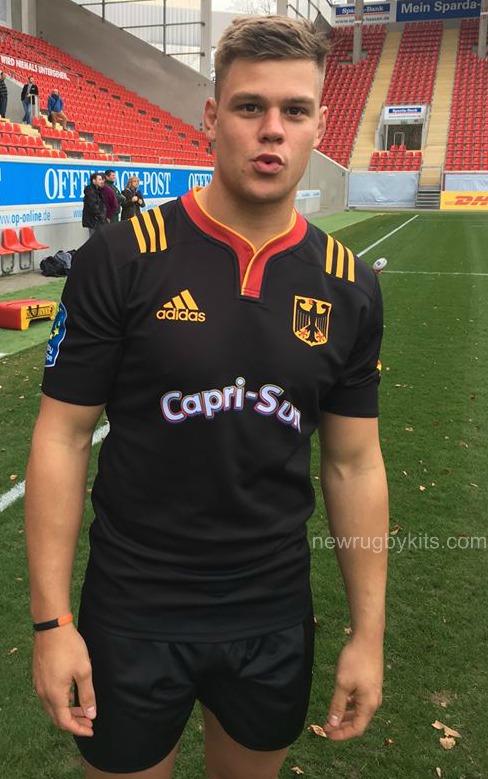 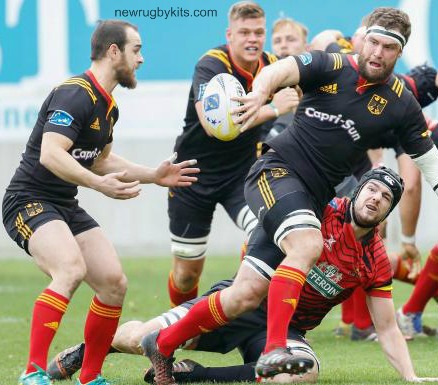