The shirt is black in colour with cherry and white swirls in the centre, and is here seen modelled by new club captain Billy Twelvetrees. The home kit remains the same from the 2013/14 season, and new signing John Afoa is seen in it in the pic below.

Gloucester will be coached by Laurie Fisher this season, with the Australian, widely acknowledged as one of the best rugby brains in the Southern Hemisphere, leaving his post at the Brumbies to take charge at Kingsholm

Adey Magnaclean are the principal sponsors of this Gloucester rugby 2014/15 alternate shirt.

The away shirt is also available to buy at Lovell Rugby 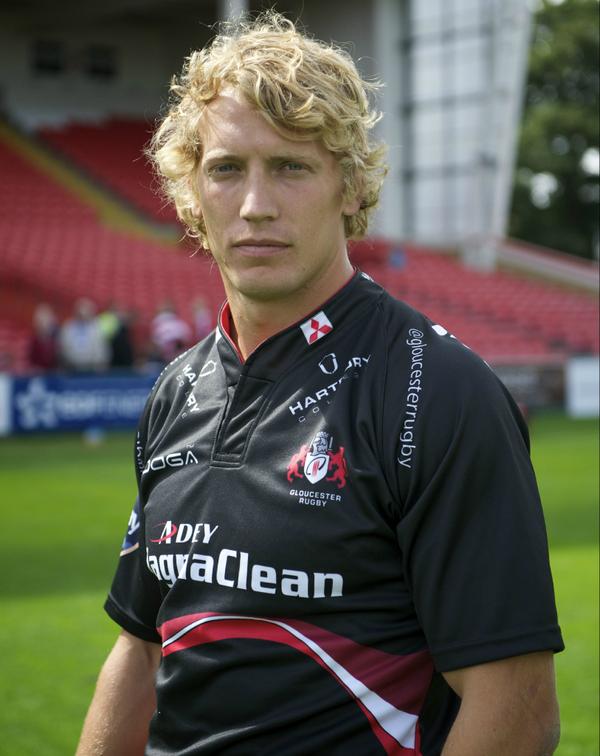 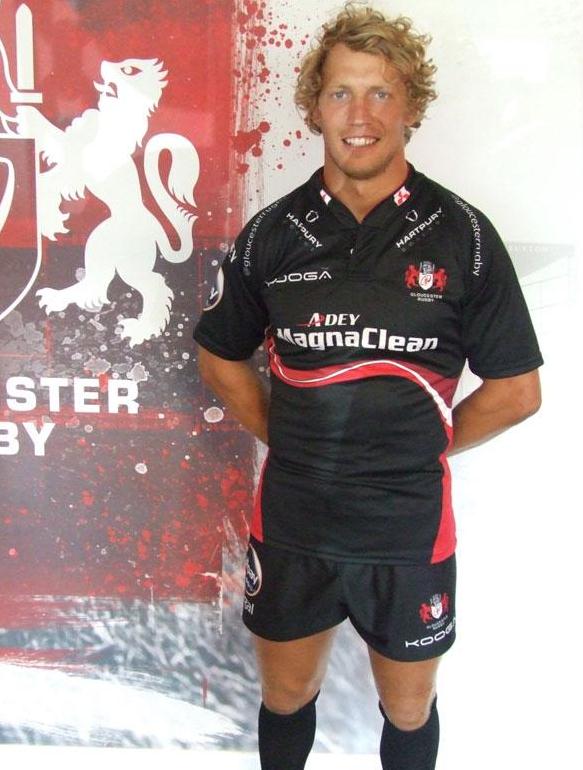 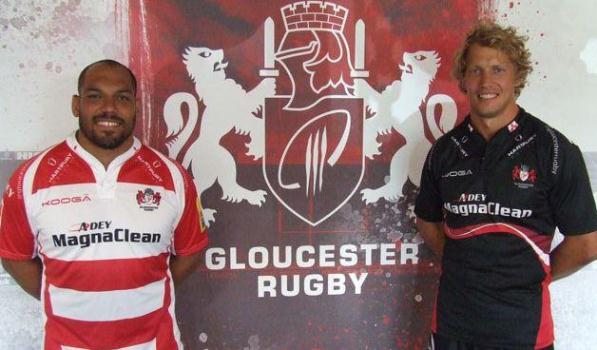