This is the new Leeds Rhinos Magic Weekend kit 2015, a special strip made for Super League outfit Leeds Rhinos. The new Leeds RL Magic weekend jersey is a navy and silver creation from ISC and was officially unveiled on 8th March, 2015.

This kit will be first seen in action when Leeds take on Warrington this weekend (13 March, 2015). It is also expected to be worn when the Rhinos take on Wigan Warriors as part of the Magic Weekend round of fixtures at St.James Park.

The Rhinos’ new Magic Weekend 2015 shirt is again sponsored by Leeds Building Society and a donation from each shirt sold will go to Jamie Peacock towards his testimonial fund. Peacock in turn has decided to donate all the proceeds to the Sue Ryder Wheatfields Hospice. 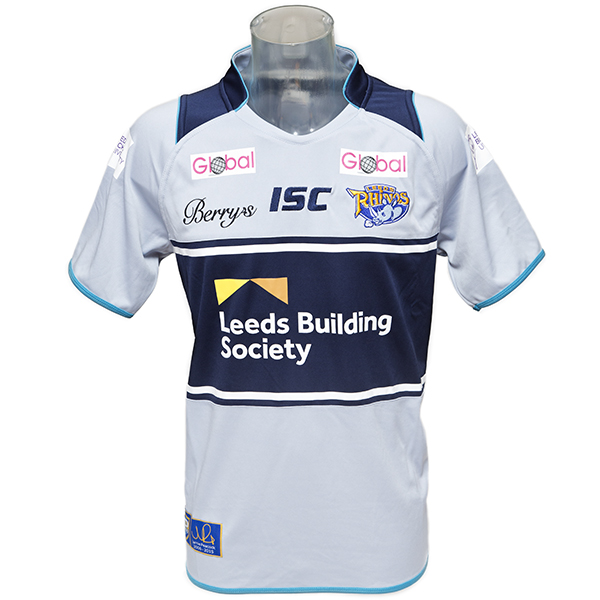 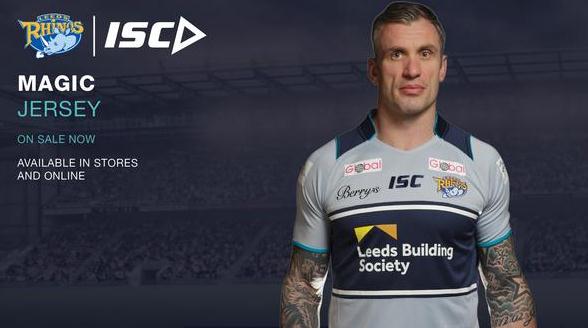