North Harbour rugby have unveiled a limited edition 30th anniversary jersey that the team will wear in select ITM Cup games later this season. Made by Canterbury, this special shirt features the colours of EVERY club within the union- you can spot the likes of Massey, Taka and Northcote easily, amongst others, and was officially unveiled on April 12, 2015. 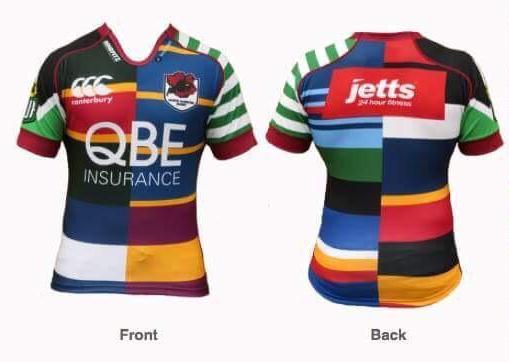