These are the new Scotland RWC 2015 tops, Scotland’s new home and away shirts for the upcoming Rugby World Cup. The Scots, coached by Vern Cotter, will fancy their chances to make it out of Group B alongside Heyneke Meyer’s South Africa, but face competition from the likes of Samoa, USA and Japan.

Scotland also provided the winner for this year’s Pro12, with Glasgow Warriors beating Munster in the final.

The new Scotland RWC strips have been made by Macron, and were officially unveiled on June 30, 2015.

The strip will be available to purchase in two versions- test and replica.

The away/alternate strip can also be bought at Lovell Rugby 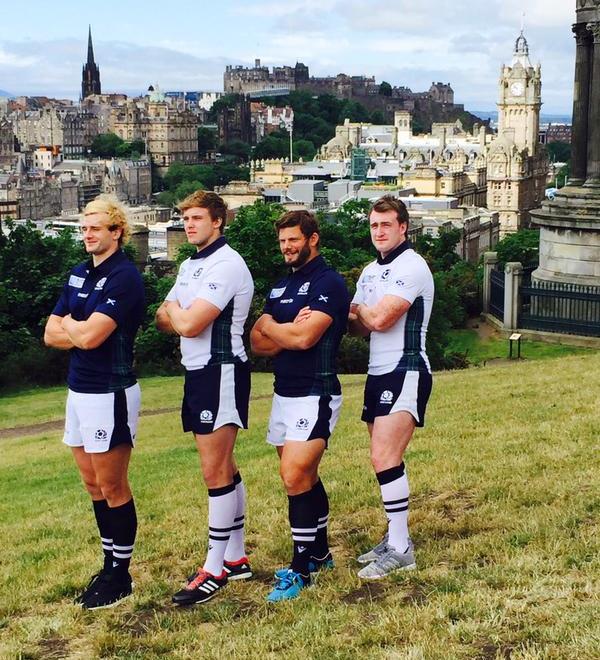