These are the new Saracens rugby shirts 2015/16, Sarries’ new home and alternate strips for the upcoming AVIVA Premiership season. Made by Nike, the new kits were officially unveiled on 27 August, 2015.

Sarries finished fourth in the regular season, but upset league winners Northampton 29-24 in their playoff semifinal at Franklins Gardens, and then proceeded to beat Bath 28-16 at Wembley to be crowned Premiership rugby champions for 2014/2015.

Both home (red and black) and away (blue) jerseys appear to use the same template. 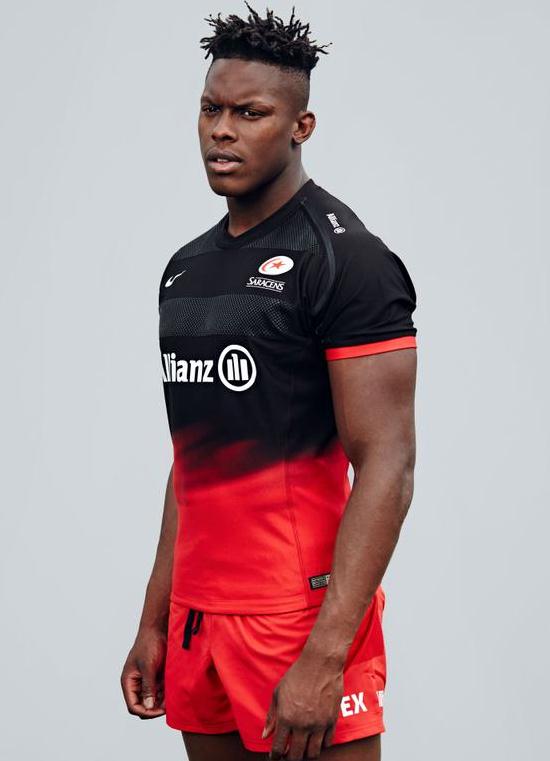 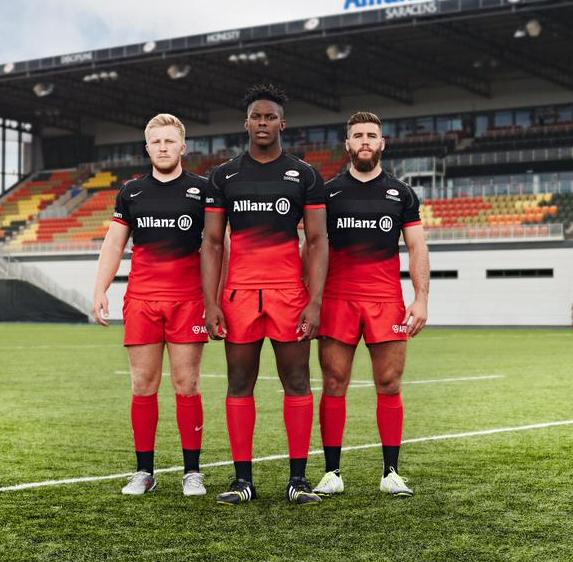 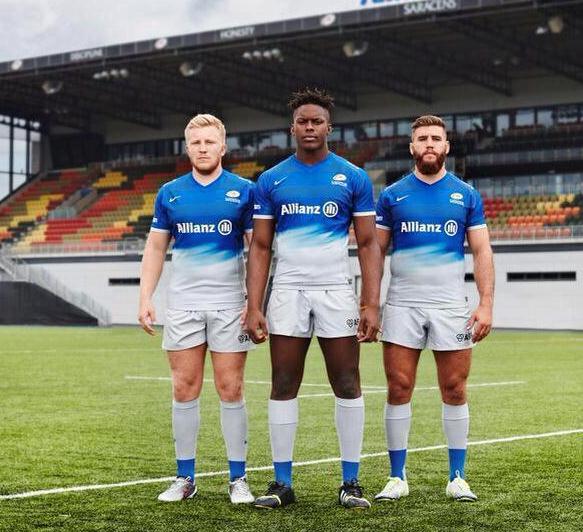