This is the new Bedford Blues away kit 2015/16, Greene King IPA Championship outfit Bedford RFC’s new change strip for the upcoming season. Made by local company Zoo Sport, with whom the club have penned a one year extension, the kit was officially unveiled on 3 September, 2015.

Bedford’s deal with Zoo Sports began in the 2011/12 season. It appears that they will only have a a new away shirt this season, as part of the terms of the extension inked by the two parties 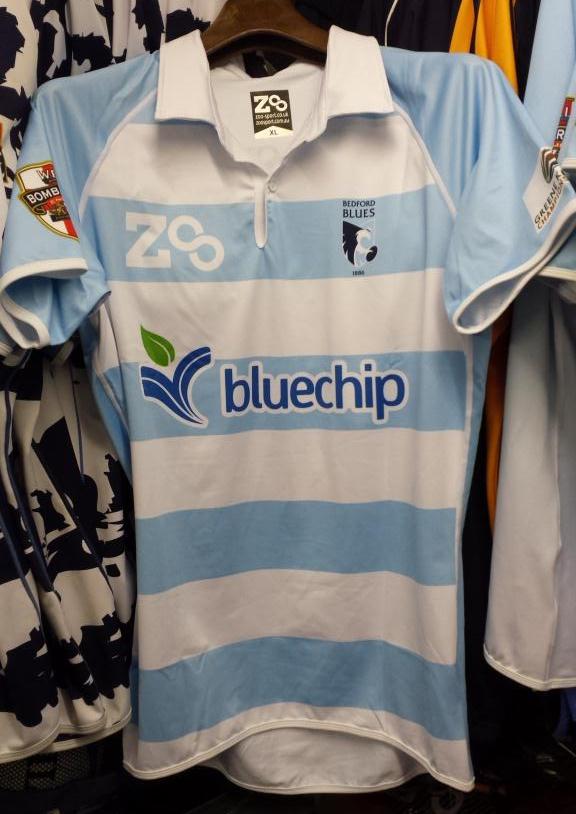