These are the new Georgia RWC jerseys 2015, the Lelos’ new kits for the upcoming Rugby World Cup tournament. Made by Under Armour, the new Georgian RWC shirts were officially unveiled on August 31, 2015.

Georgia are in Group C for the 2015 tournament, along with defending champions New Zealand, Tonga, Argentina and Namibia. The Lelos beat Romania for their only victory at the 2011 tournament, and will be keen to give a good account of themselves at this tournament, with the likes of Mamuka Gorgodze expected to lead their campaign.

The new Georgian 2015 rugby top is the black one in the pic below, with red set to serve as an alternate/away strip. Both jerseys have similar designs.

The away RWC shirt can also be bought at Lovell Rugby 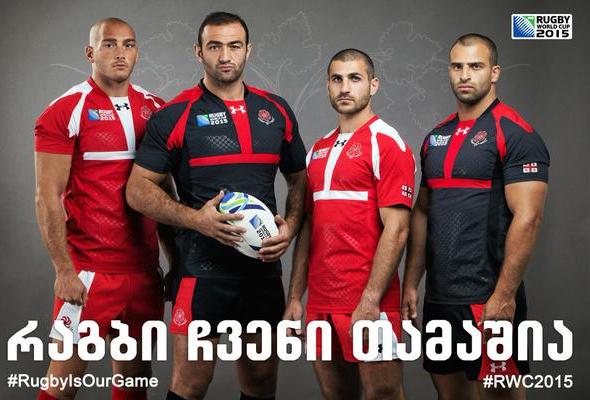 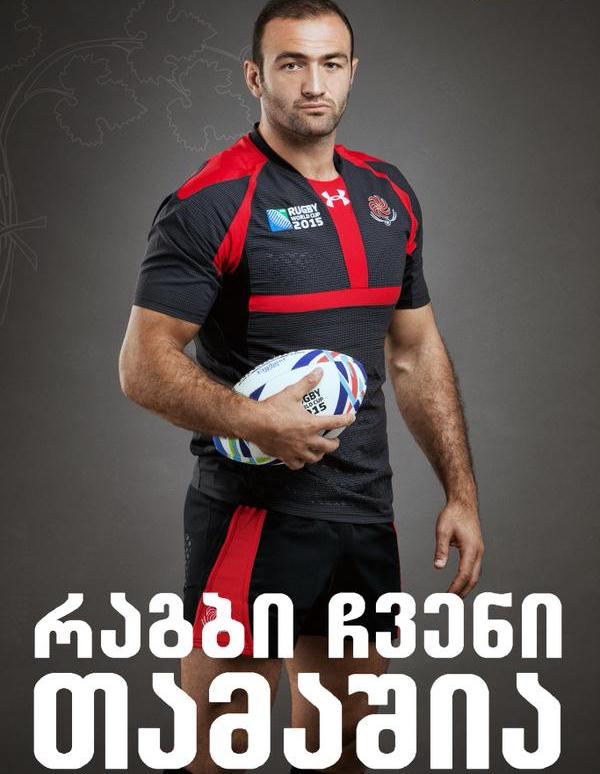 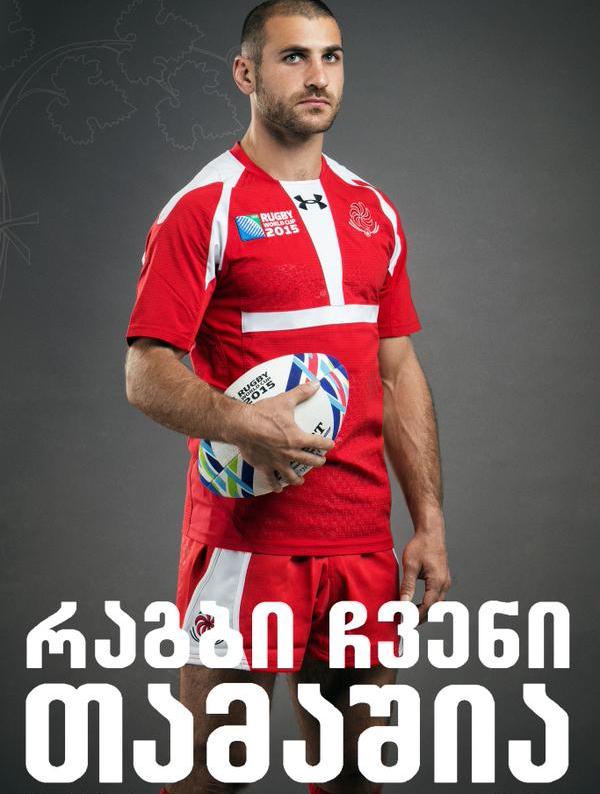