These are the new Catalans Dragons jerseys 2016, French club Dragons Catalans’ new home, away and Cup (third) kits for the 2016 Super League season. The new Catalan Dragons 2016 kits have been made by ISC and were officially revealed to the public on 27 October, 2015.

All three jerseys (white home, red cup/third and black away) appear to use the same template, with gold being common across all the strips. The new kits will have a special logo to celebrate the club’s 10th anniversary (2006-2016)

The Dragons are the third ISC outfitted SL club to unveil their new 2016 uniforms after Hull FC and champions Leeds Rhinos.

Catalans finished 8th in the regular 2015 Super League season, and seventh in the Super 8’s

Keep track of all new Super League XXI season kits as they are released at Newrugbykits.com’s Super League section 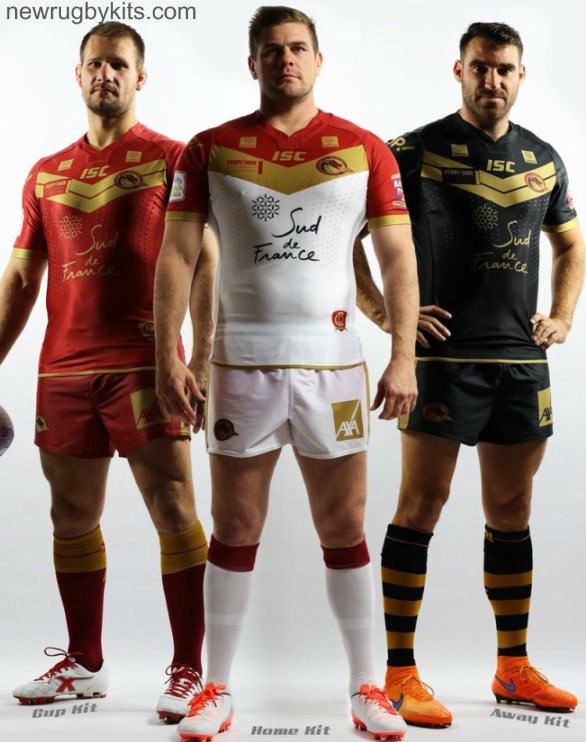