The club have released three jerseys- one main/home and two others named Alternate and Alternate B respectively. The main and Alternate B jerseys are the same as the main and away ones from 2015, but feature Brydens Lawyers as the major sponsor in place of Meriton The Brydens logo was on the sternum of the 2015 jersey, but the firm have now inked a three season deal to become the club’s principal sponsor.

The new design here is Tigers’ new 2016 alternate shirt, an orange and white creation with a half black sash. 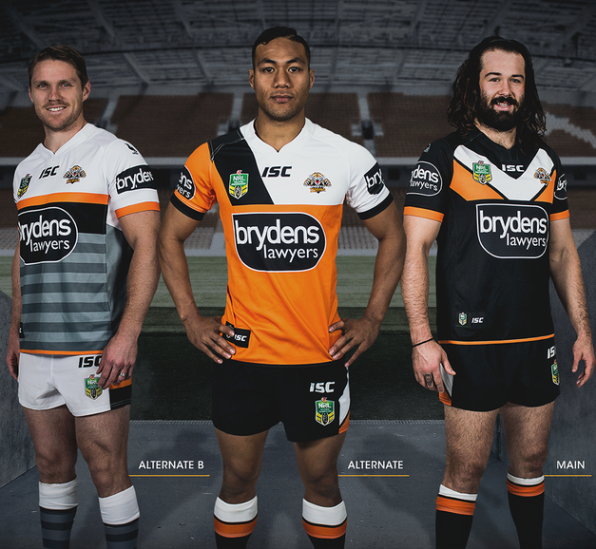 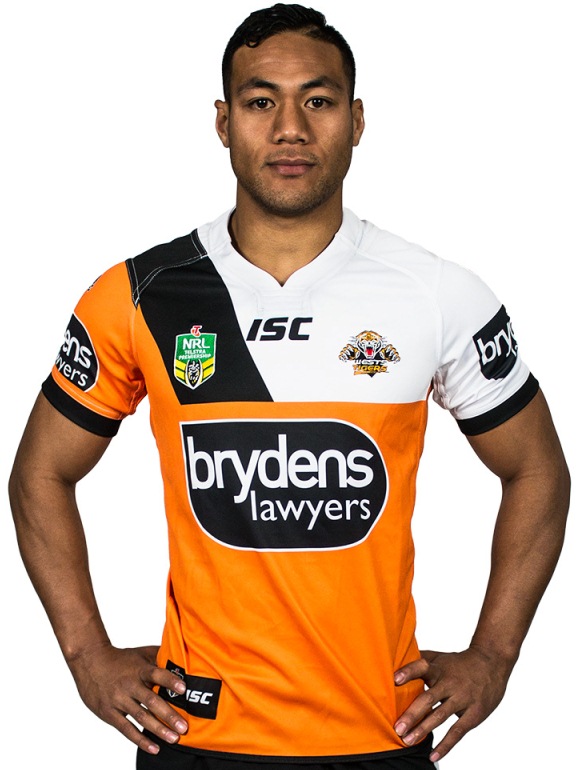