Welsh Pro12 outfit Scarlets have inked a new kit deal with Italian manufacturer Macron that will see the latter make kits for the club beginning the 2017/18 season. The deal is for a period of five years (till 2022).

Macron are Scarlets’ fourth kit partner in the last decade. Their current deal is with KooGa and they have also previously had made kits by Rhino Rugby and Burrda.

Macron currently supply kits to both Glasgow Warriors and Edinburgh in the Pro12, Northampton Saints in the AVIVA Premiership and the Scottish national team (both 15’s and 7’s) 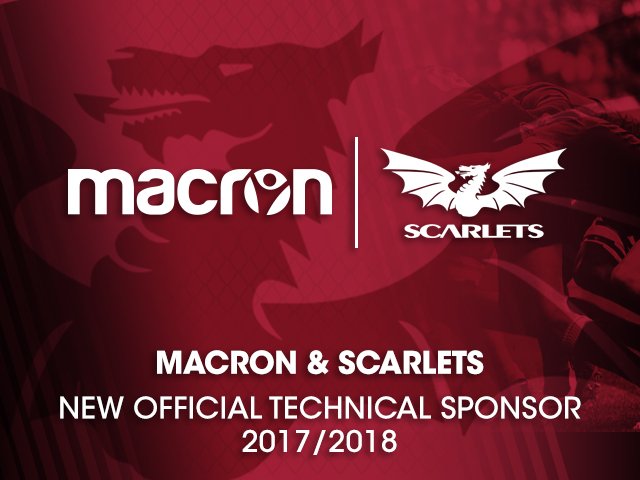