These are the new Catalan Dragons shirts 2019, French Super League club Dragons Catalans’ new home and away uniforms for the upcoming season. The new Dragons RL jerseys have been made by O’Neills, who replace ISC as the club’s kit partners on a three year deal. Dragons finished 8th in the regular season and 7th in the Super 8’s, but their real triumph came in the Challenge Cup, where their final win over Warrington made them the first non-British club to lift the trophy in its 117 year history. 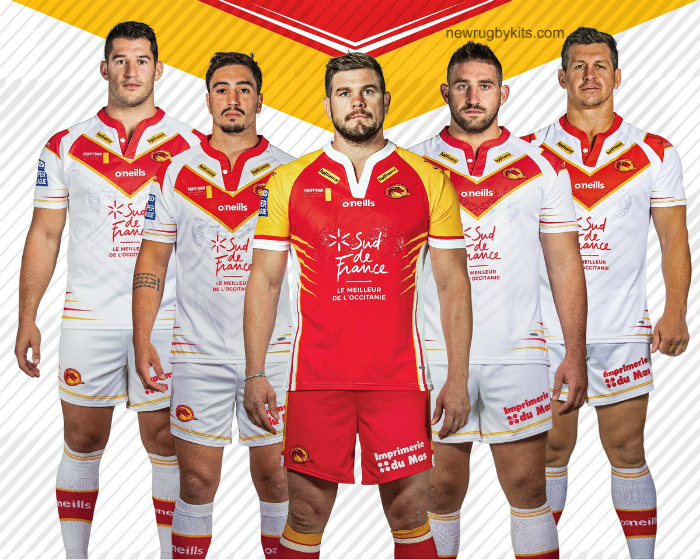