France remained on course for their first Six Nations triumph in ten years after beating Wales 27-23 in a thrilling encounter in Cardiff. Les Bleus had last beaten Wales away in 2010- also the year of their last 6N triumph, and this famous victory has kept the possibility of a Grand Slam alive for Fabian Galthie’s men.

If France do win the Six Nations this year, it will also be their first major trophy under new kit manufacturers Le Coq Sportif- they wore Nike at the time of the 2010 triumph. Adidas outfitted them between 2012 and 2018, but Les Bleus went through some of their worst years in that period, including a wooden spoon in the 2013 tournament and a 62-13 thrashing at the hands of the All Blacks at home in the 2015 RWC quarterfinal. 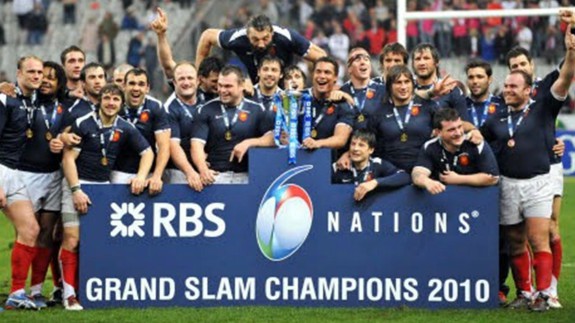 Former Welsh coach Shaun Edwards seems to have brought a new intensity to the French defence, and the result is a current four point lead at the top of the Six Nations table, having beaten England, Italy and Wales. The French football team, runners up at Euro 2016 and reigning World champions, are also one of the favourites for Euro 2020, meaning this could be a fantastic year for French sporting fans if both their major sporting codes live up to their potential. 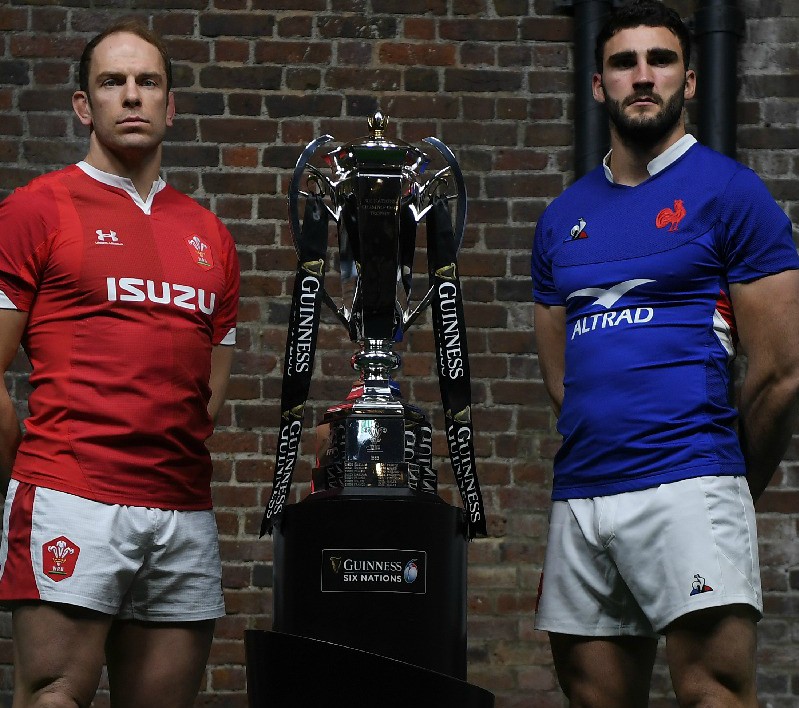 Much of France’s success in the Welsh capital was owed to young Romain Ntamack, the son of legendary winger Emile. After the home side had taken a 3-0 lead through the boot of Dan Biggar, Ntamack sent up a well contested up and under. Leigh Halfpenny, normally so reliable, failed to take control of the high ball, and with Josh Adams and Nick Tomkins both in the same place , the ball fell to French full back Anthony Bouthier, who took advantage of the lack of cover defence to stroll home for the game’s opening try.

Former Baby Bok lock Paul Willemse forced his way over from close range following a maul for France’s second and they could’ve been three tries up to nil at half time had the TMO not intervened after Ntamack’s delicious cross kick had set up Gael Fickou.

France had thrown away a 16-0 lead in this fixture last year and Wales, aware of that, began their fightback. Tighthead prop Dillon Lewis scored in the 48th minute and with Biggar popping over the extras, the game suddenly became a one point game.

However it was Toulouse flyhalf Ntamack who again had the final say- he intercepted Tompkins’ pass in the 52nd minute and turned what was looking like a seven pointer for Wales into a 7 pointer for Les Bleus. The French survived two yellow cards- one to eighthman Gregory Aldritt and the other to prop Mohammed Houas, and Ntamack’s 100% record with the boot meant they retained a slender four point advantage going into the final minute.

With the clock crossing 80, Tompkins made a break into the French half, but with his support runners a tad slow, replacement hooker Camille Chat was able to get his hands on the ball and force a turnover penalty for the visitors. Galthie’s charges were visibly elated at the final whistle- a hard fought away win against an experienced Welsh outfit boasting of over 800 caps in their starting XV.