The striking feature of the Giants’ new Super League away strip is the paint ball splat design on it. Officeproducts.co.uk are the principal sponsors of this away Huddersfield Giants jersey 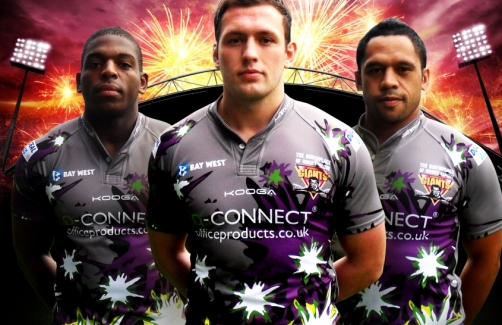