These are the new Melbourne Rebels kits for 2012, Australian outfit Melbourne Rebels’ new home and away jerseys for the 2012 Super Rugby season. The new Rebels rugby jerseys have been made by KooGa.

The Rebels have some excellent players donning their jerseys, with former Wallaby captain Stirling Mortlock, current stars James O’Connor and Kurtley Beale and talented English fly-half Danny Cipriani plying their trade for them.

RaboDirect, who also sponsor the Celtic League, are the principal sponsors of the Rebels.

Both Super Rugby jerseys are in the club’s principal colours of white, blue and red.

Also check out our Super Rugby 2012 jerseys category for other released kits. 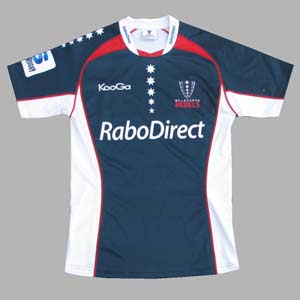 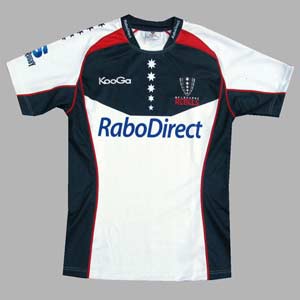