These are the new Brumbies Super rugby jerseys 2013, Australian conference outfit Brumbies’ new home and away kits for the 2013 Super 15 season. The new Brumbies 2013 SR jerseys have been made by BLK. The Brumbies are coached by Jake White and have clinched the signing of Wallaby skipper David Pocock for the 2013 season after narrowly missing out on the playoffs in 2012 thanks to a last day choke against the Blues

University of Canberra (front) and SG Fleet (back) are among the sponsors of this 2013 Brumbies SR jersey.

BLK are also outfitting the Melbourne Rebels for the 2013 Super Rugby season. 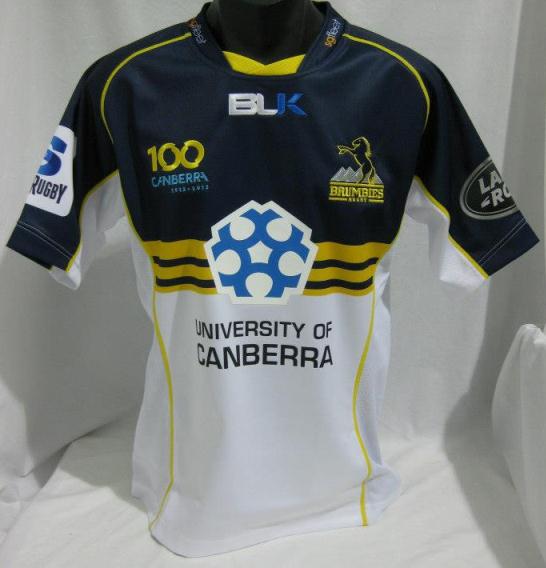 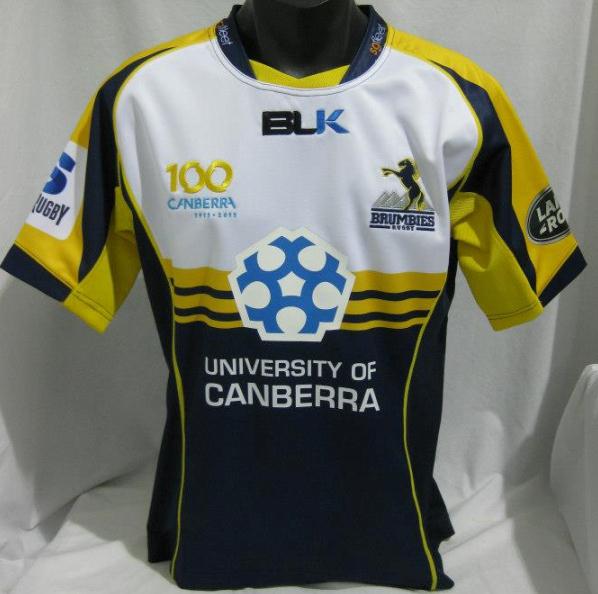