These are new Grenoble rugby jerseys 2013/2014, French Top 14 side FC Grenoble’s new home, away and third ( European) uniforms for the forthcoming 2013/14 season. Grenoble’s new tops have been made by Kappa. The club finished level on points with Stade Francais in the 2012/13 Top 14 season, a remarkable achievement given that they had just entered the league following promotion from the French second division.

The dark blue shirt is Grenoble’s new home jersey. The red one will serve as Grenoble’s change/away shirt, while the light blue one will be worn in Europe ( Amlin Challenge Cup) 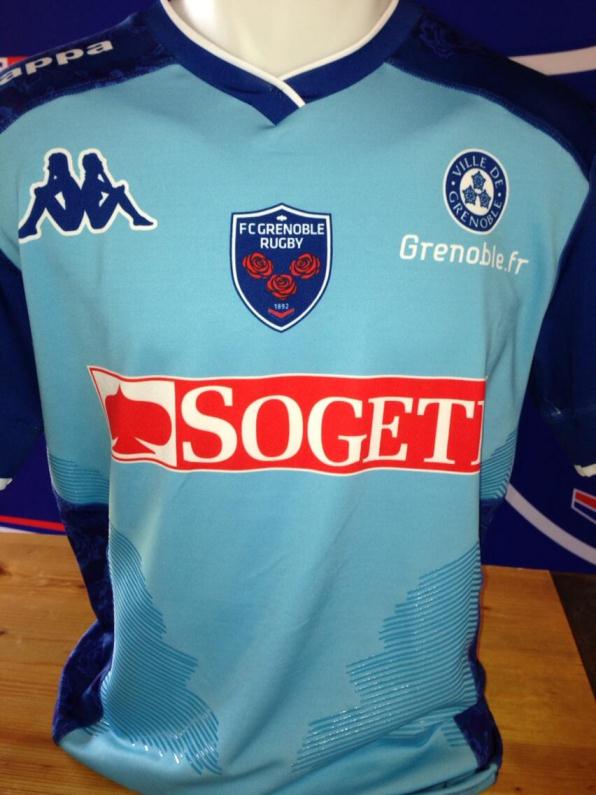