This is the new Canterbury ITM Cup jersey, NZ provincial side Canterbury’s new principal uniform for the upcoming domestic season. The new Canterbury RU jersey, made by BLK, saw its first outing in the game against bitter rivals Auckland, whom the Christchurch based side thrashed 48-9 at Addington. Canterbury are also the current holders of the ITM Cup.

Canterbury’s new 2014 ITM Cup shirt features more red on the body when compared to last season’s strip and also has thicker hoops, as the pic below will tell us.

SBS Bank are the principal sponsors of this Cantabrian ITM Cup kit, which is here seen worn by skipper Willi Heinz and All Black flanker Matt Todd. 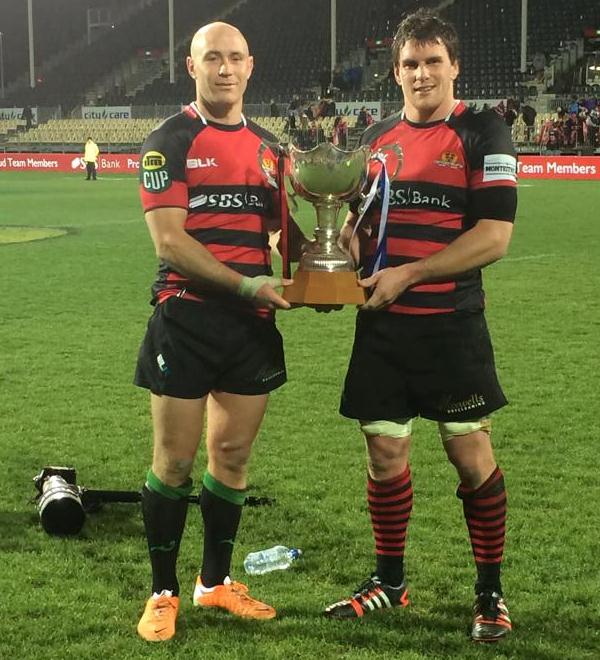