These are the new London Welsh kits 14/15, London Welsh RFC’s new uniforms for the upcoming AVIVA Premiership Rugby season. The new London Welsh 2014/15 jerseys have been made by Rhino Teamwear, who take over from Samurai, and were officially unveiled on 29th August, 2014 by the club.

London Welsh have been on a signing spree this summer and the likes of Piri Weepu and Olly Barkley will be seen wearing these kits this season. They earned promotion to the Premiership after beating Bristol in the Championship playoff final

Welsh’s home kit is on expected lines, with the change kit a striking pink number, as can be seen in the pics below.

The pink away jersey can also be bought at Lovell Rugby 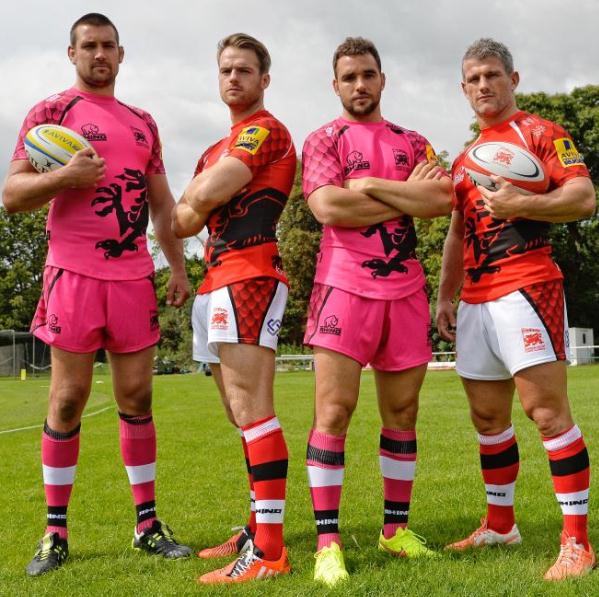 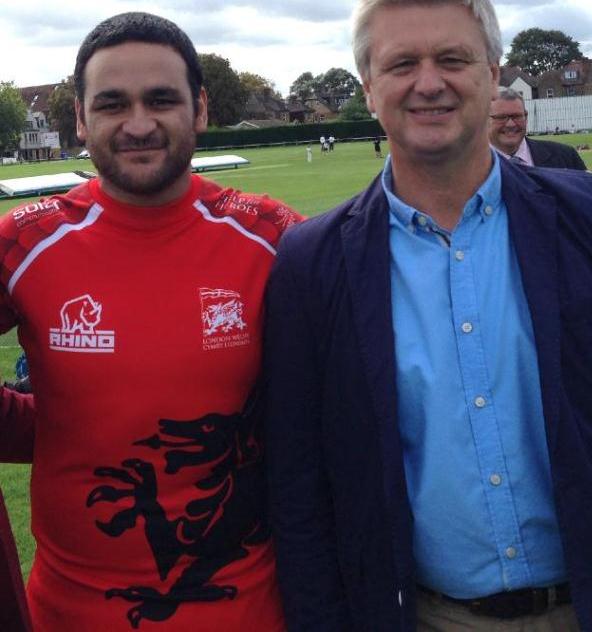 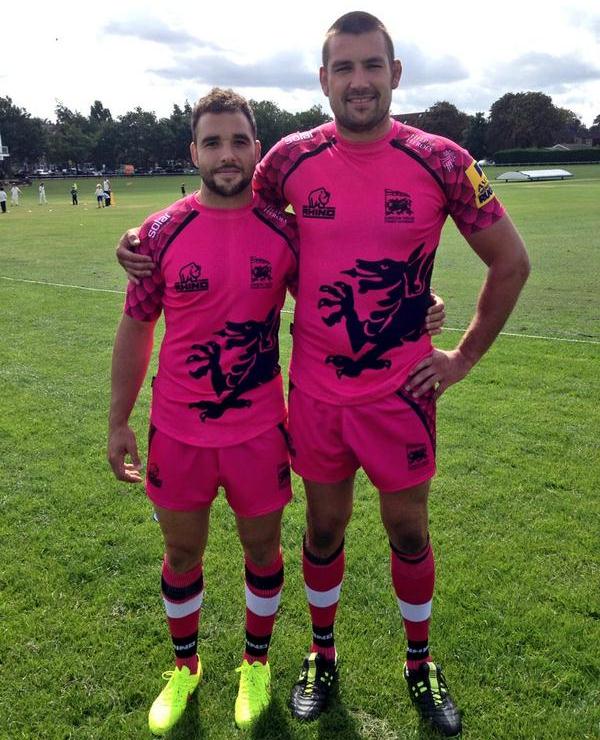 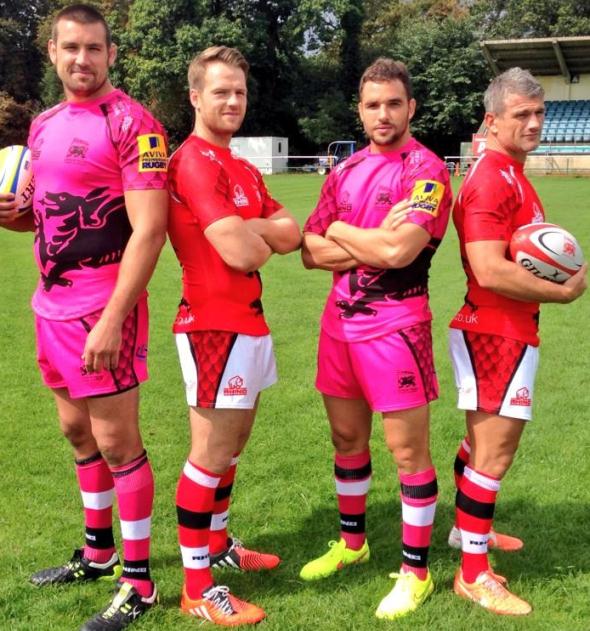