The idea behind the kit harks back to 1885, when the team wore orange and brown, thus leading a local paper nicknaming them the “Tigers” for the first ever time. The base colour of this Leicester rugby away top is therefore orange, with white and black “markings” on it.

Alternatively, shop for it at US based World Rugby Shop 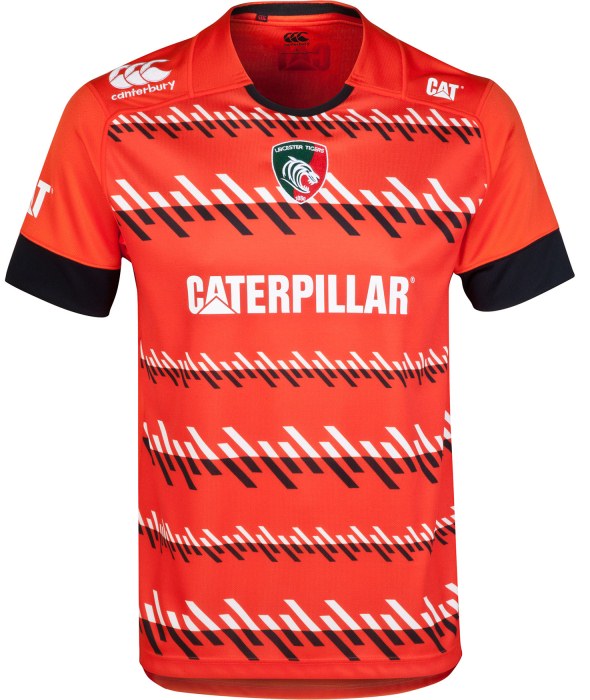 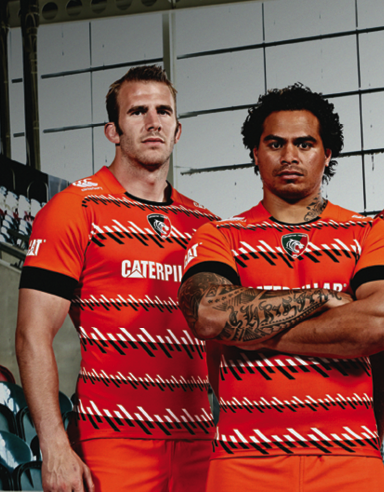