A day after Australia unveiled their new Asics made jerseys for the 2014/15 HSBC World Sevens, Scotland have followed by unveiled their new uniforms for the event. Made by Macron, the kits were officially unveiled on 9th September, 2014 and feature pink as a colour for the first time ever on a sevens jersey.

The new Scottish sevens top is predominantly navy blue with flashes of pink, while the change/alternate shirt reverses the colour scheme, being primarily pink with navy on the shoulders, collar and sides.   They will be first worn at the Gold Coast Sevens next month.

The pink away shirt can also be bought at Lovell Rugby 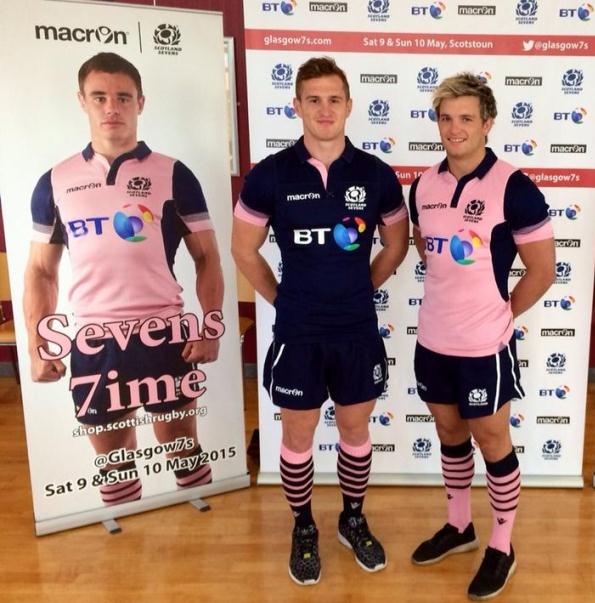 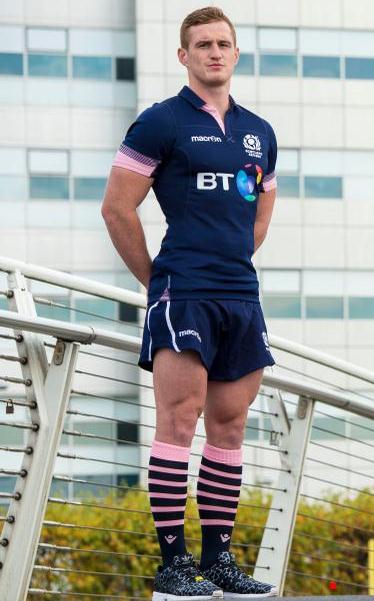