This is the new Bradford Bulls home shirt 2015, Bulls RL’s new principal shirt for the 2015 Championship season. The Bulls 2015 jersey is based on the design of the 1994-95 Bradford Northern jersey and features the club’s traditional red, amber and black colours in the shape of a “V”.

Provident Personal Credit and Smarta are principal sponsors on the front, with Coral Windows and Centurion on the back.

The Bulls were relegated from the Super League in 2014, but Provident have stuck with them, having originally signed a four year deal in 2012. The terms have been renegotiated though.

Bradford Bulls’ 2015 away shirt will be revealed before Christmas 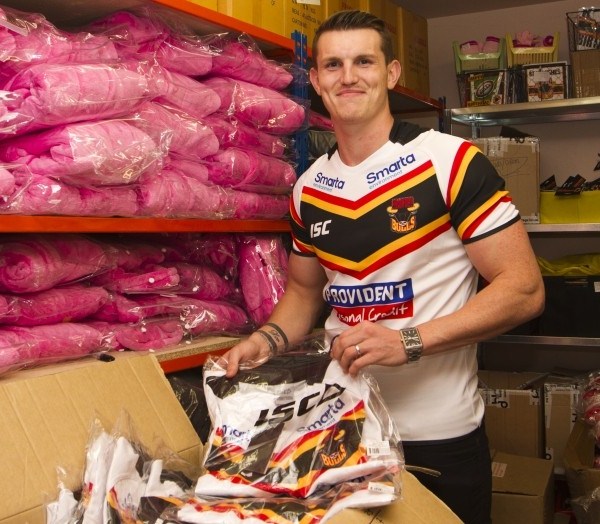 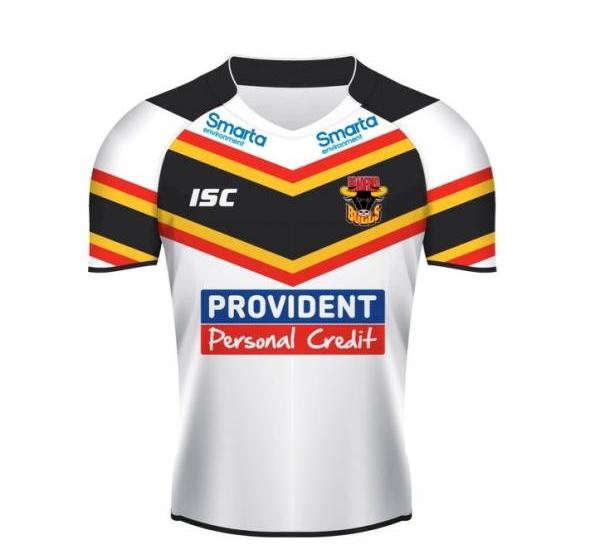