These are the new Salford Red Devils kits 2015, Salford RL’s new home and alternate shirts for the 2015 Super League season. Made by a new kit partner in the form of Under Armour (better known for their partnerships with the Welsh Rugby Union side and Tottenham Hotspur), the shirts were officially unveiled on 21st October, 2014. 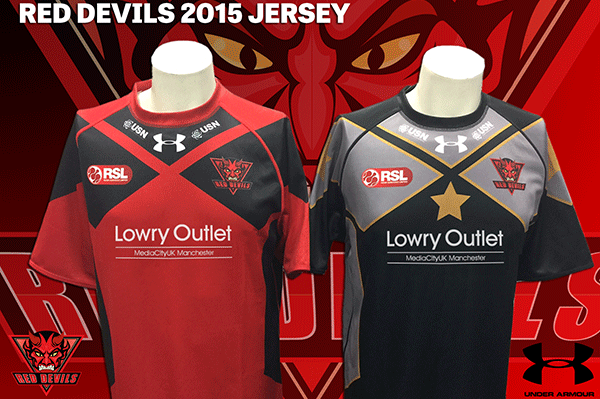