This is the new Ospreys Euro shirt 2014/15, Ospreys Rugby’s new uniform for the upcoming European Rugby Champions Cup tournament. Made by BLK, the kit was officially unveiled at the ERCC tournament launch on 6th October, 2014.

The new Euro jersey features black and grey hoops and has cyan piping around the collar and sleeve and yellow piping on the body. 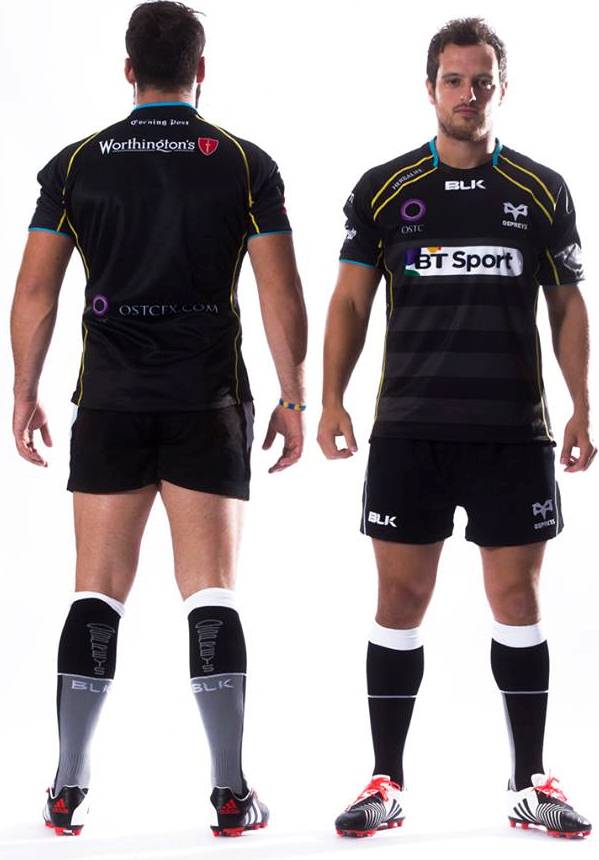 Check out the Ospreys away rugby shirt 2014/15 and Ospreys home rugby jersey 14-15 in our archives at newrugbykits.com