This is the new Wigan Warriors 2015 away shirt, Wigan’s new alternate kit for the upcoming First Utility Super League season. Made by new kit partners Errea, the all black change strip was officially unveiled on 27th November, 2014. Wigan’s 2015 Super League home shirt was unveiled a couple of days ago.

The new away jersey features a sublimation of the castle from Wigan’s crest on the front, as can be seen in the pic below. 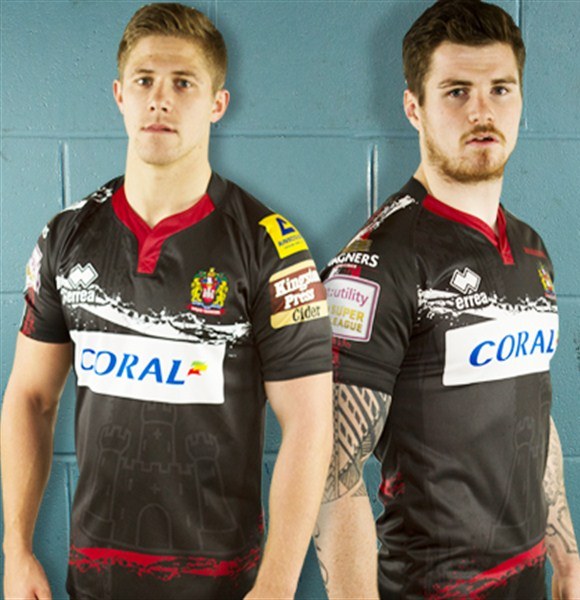