This is the France’s new 7’s rugby jersey 2014/2015, the new uniform for the French national sevens side as they prepare for a crucial year on the 14-15 sevens circuit. Made by Adidas, the new shirt was officially unveiled on 2nd February, 2015, a short while after new home kit for the 15 man side was unveiled in November 2014..

France will debut their new sevens rugby kit at the 2015 Wellington Sevens. They wore their old kit at the first few events of the 2014/15 HSBC Sevens season at the Gold Coast, Port Elizabeth and Dubai.

Interesting design from Adidas, but the white part on the collar could probably have been integrated better. Many countries experiment with design for their 7’s strip- the pics speak for themselves. 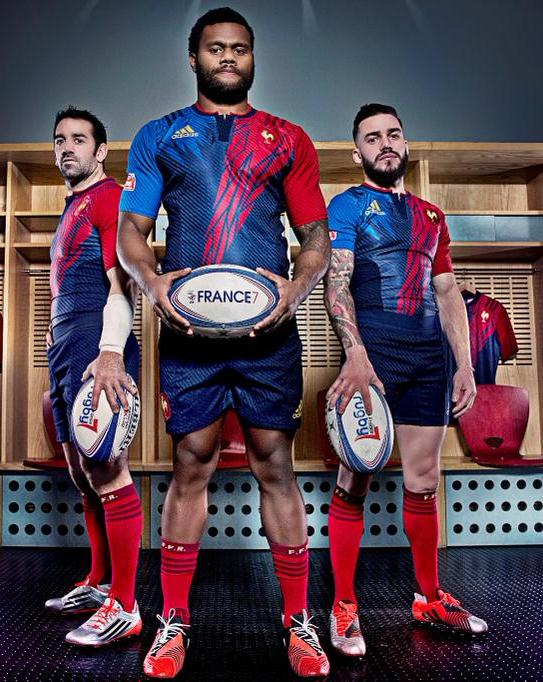 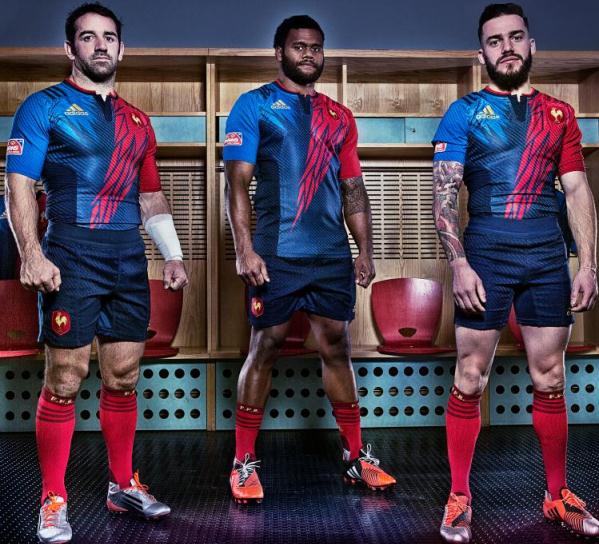 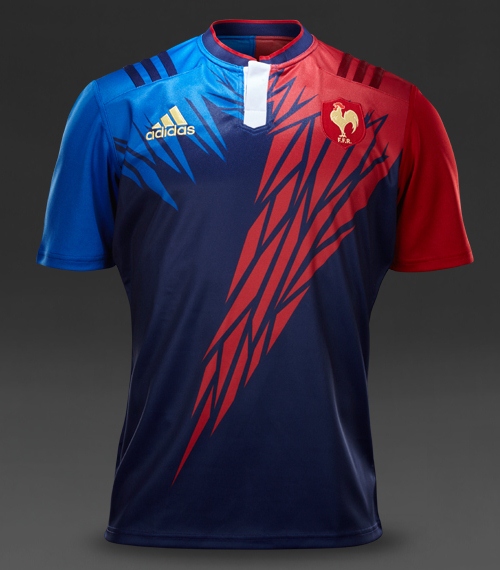 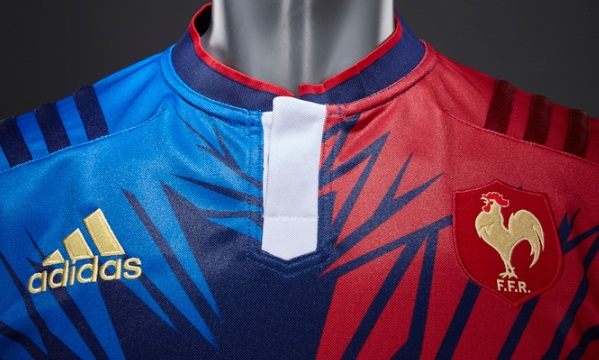 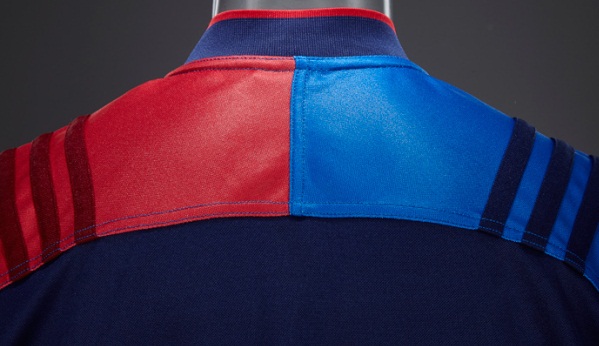