See the new Bulldogs Away and Alternate Jerseys for 2015 here

This is the new Bulldogs 2015 kit, Canterbury-Bankstown Bulldogs’ new 2014 home jersey. The Bulldogs 80th Anniversary jersey, made by Canterbury, was officially unveiled on 24th November, 2014.

Design wise, the new Bulldogs top is quite similar to last season’s jersey, but has 80 on the vee, as can be seen in the pics below. It also has a special 80th anniversary badge.

The Bulldogs finished 7th in the regular 2014 season, but beat Storm, Manly and Penrith to get to the grand final where they lost 30-6 to the Rabbitohs. 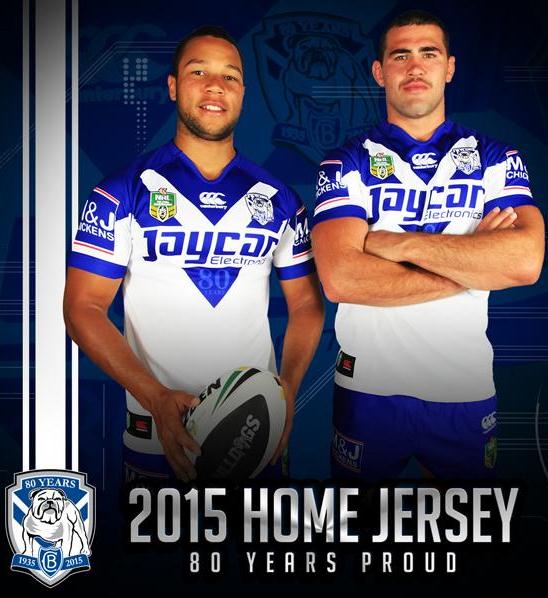 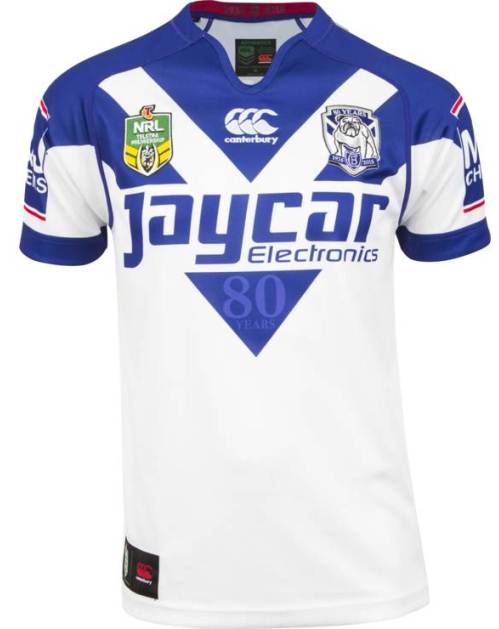